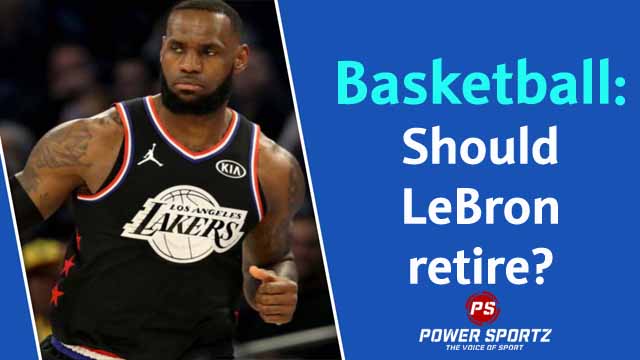 Los Angeles Lakers suffering defeat in the first round of the NBA playoffs. Is an unprecedented start to LeBron James’ summer holidays which started early this year. At  36, and the defeat to the Phoenix Suns has raised questions on what the immediate future holds for LeBron, undoubtedly one of basketball’s all-time greats.

James was forced to miss the majority of the 2020-21 NBA season The 36-year-old was hobbled by an ankle injury and said he plans to take the summer off to get his ankle right.

Not only is James expected to miss this year’s Olympics, but Lakers teammate Anthony Davis won’t be making an appearance for the team, either.

LeBron, having renewed his contract for 85 million dollars has it going until 2023, but some are suggesting that he might hang up his shoes on an incredible 18-season career.

“If LeBron has averaged under 25 points then I think he should retire,” former teammate Channing Frye told TNT. “It’s crazy to say it, but if he leaves with averages like this then it looks good.”

The legend has never shown any hurry to pull out. He has been vocal in the past that he dreams of playing on the same court as his son who, by LeBron’s own predictions, could reach the NBA by the time he turns  39.