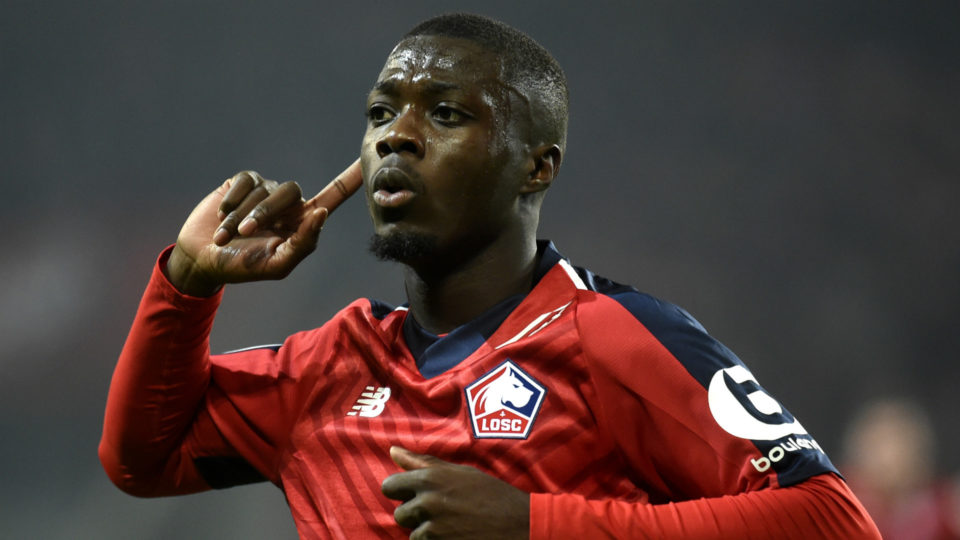 Arsenal have created horns of a dilemma in front of their fans after picturing Nicolas Pepe arrival in North London. As per various reports, the deal will happen soon with Lille for the Ivorian international. The three-time Premier League winners are ready to spend 72 million pounds on the 24-year-old striker Pepe.

He will be a great addition in Arsenal’s attack and can help Aubameyang with his lightning pace. With arrivals of Dani Ceballos and Gabriel Martinelli, the Gunners have everything except the kitchen sink in the attack. But, are they ready to use Aubameyang, Lacazette, and Pepe in the same eleven?

Three of them can work as front three. However, Arsenal’s not so the great defense can create a lot of problems as Emery needs most of his players to help Leno and company. Pepe can start with Aubameyang, but that will be unfair with the French striker Lacazette, who is as good as anything in the world of goal-scoring. The 13-time FA Cup winners should make their backline filled with some more signing for making a perfect shape to go neck-to-neck with Man City and Liverpool in the English top-flight. Well, Arsenal spending 72 million pounds on a player is like a dream of winning the Champions League title for their fans. Pepe is too fast and can ask many questions from the defenders in the Premier League. But first, making the picture clear about Lacazette should the main focus.