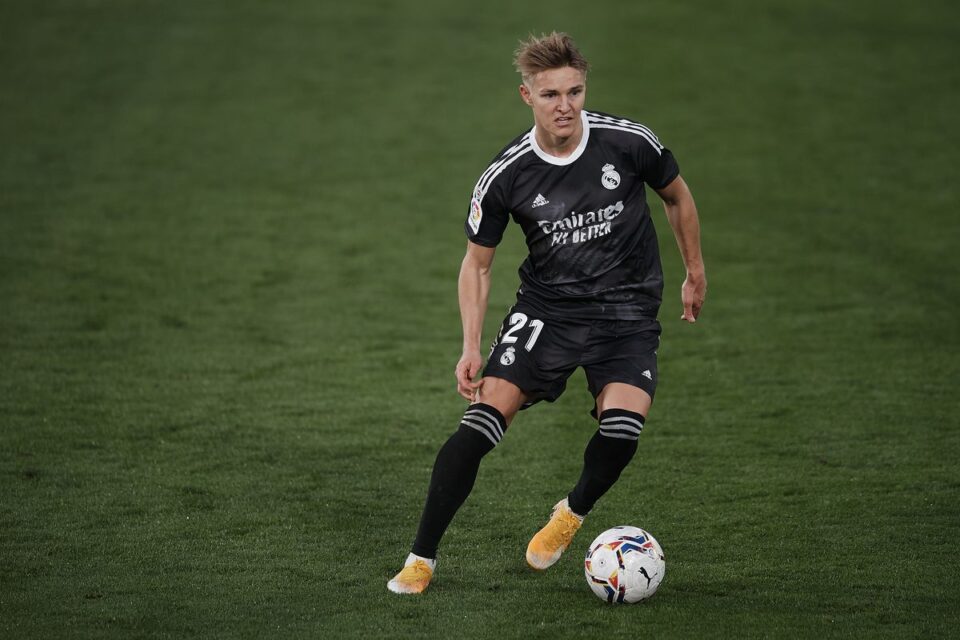 As a result of being pleased with the performances of Martin Odegaard for Arsenal during the 2022–23 season, Real Madrid is apparently thinking about re-signing him.

The captain of Arsenal has been in excellent form this season, making 20 appearances, tallying six goals and four assists, and helping Mikel Arteta’s team to the top of the Premier League standings.

Odegaard moved permanently to the Emirates Stadium in August 2021 after spending the second part of the 2020–21 season on loan with Arsenal from Real Madrid.

The international player from Norway led North London in scoring with seven goals last season, and he’s on pace to top that number in 2022-23.

According to Marca, a condition that Real Madrid placed into the agreement that sent the playmaker to Arsenal last year gives them first dibs on Odegaard. The 24-year-old’s performance in the English city has reportedly been closely watched by Los Blancos, who are reportedly considering trying to re-sign him soon.

Following his breakthrough at Stromgodset, Odegaard was linked with a number of teams, but Real Madrid ultimately prevailed in the race to sign him in 2015.

Odegaard back to Madrid

The Norwegian played regularly for Real Madrid Castilla and, before joining Arsenal, spent time on loans with Heerenveen, Vitesse, and Real Sociedad.

Odegaard only played for Real Madrid’s first team 11 times, with nine of those appearances occurring in the 2020–21 season. In terms of the attacker’s future, Arsenal are in a great position because he is under contract to Arteta’s team through the summer of 2025.

Carlo Ancelotti, the manager of Los Blancos, has already declared that his team won’t be adding any new players in the January transfer window.

“We won’t be signing anyone because the squad is well constructed. In terms of exits, we don’t know. Some of the players who play less might look to go somewhere where they’d play more. But, there won’t be any incomings,”

the Italian told reporters on Thursday.

Ancelotti has made a statement regarding Endrick, a 16-year-old attacker who will be moving to Bernabeu in July 2024.

“We have spoken a little bit and we’re very happy that he can join the club in 2024. He is a great player and talent and we’re excited for him to join,”

When Real Madrid plays Real Valladolid on Friday night, they will be attempting to retake the lead in the La Liga standings.