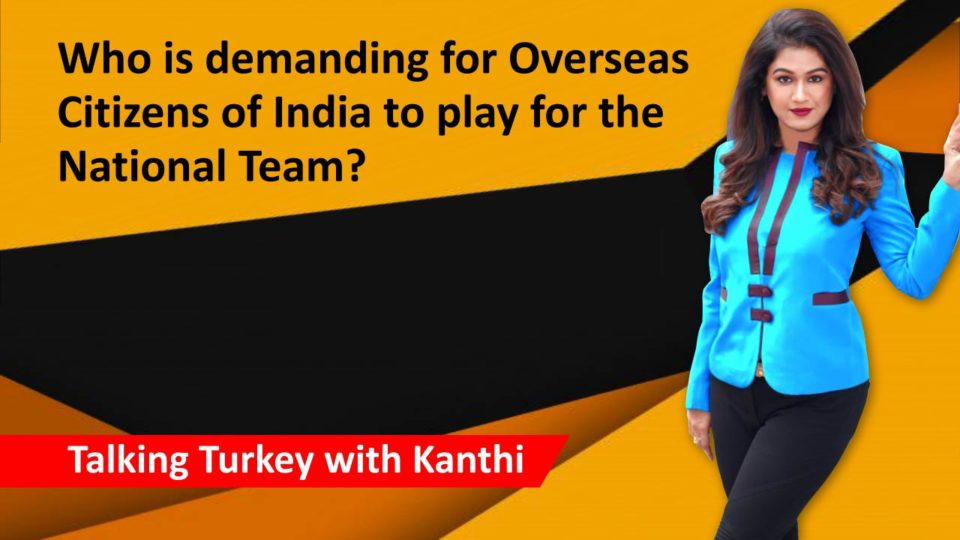 In a rather strange plea, the All India Football Federation (AIFF) has urged the Sports Ministry to bring in overseas citizens of India to play for the country. It seems like a last ditched effort of AIFF to improve the standard of Indian football and subsequent FIFA rankings. However, such a measure portrays the frailties within the federation.

More than that, is there even a remote possibility considering the legalities involved? The latest episode of Talking Turkey with Kanthi delves into this issue to find out who is behind all these.

Everyone who closely follows Indian football is left bewildered with the timing of the request, as it has come close on the heels of ISL clubs agreeing to reduce foreign players, albeit with a heavy heart.

Is this demand coming from the ISL teams to make up for the caveat in hiring foreigners in the playing 11, asks Kanthi D Suresh, the show host, and the Editor-in-chief of Power Sportz.

However, this is not the first time the AIFF has come up with a bizarre request. All these are used as a smokescreen by the national federation to camouflage their own shortcomings or when the team miserably fails to deliver, says Novy Kapadia, a renowned football expert in the country who was part of the popular debate show.

So, what is the truth behind all these, and is there more to it in this request? To know more about the facts on this whole drama, log on to Power Sportz and watch the full episode here.