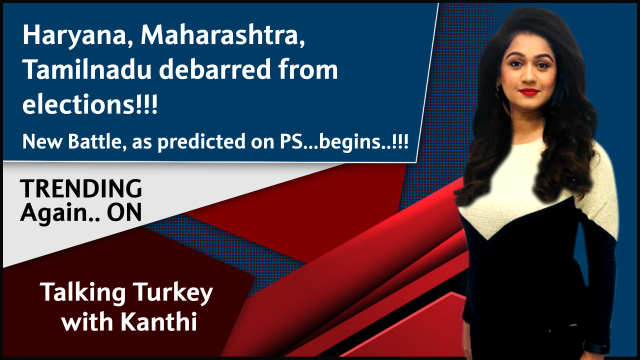 The acrimony between the SC appointed CoA and BCCI is well-known. The two feuding sides have never been in cordial terms ever since CoA was formed to run the affairs of Indian cricket. Now, as the BCCI election day approaches which falls on October 23, the warring factions are training their guns on one another.

This was the issue of debate of “Talking Turkey with Kanthi” on an episode that is trending again. It is common parlance that the cricket body is grappling with internal turmoil. People are skeptical of whether the elections will be held as scheduled? Will the results be legit if an election takes place? Will BCCI regain its lost glory after electing a new body?

These are some of the queries Talking Turkey tried to unravel on the show. It would be a huge achievement if elections are held as scheduled. The CoA, as came out during the debate, is hell-bent on holding the elections. With eight state bodies of the BCCI barred from attending the AGM, the plot thickens. The whole drama is unfurling exactly the way it was forecasted on the Power Sportz show.

The disqualified state units, the defiant CoA, the bruised BCCI members, and too many legal tangles make this a complex and intriguing battle. So, what would be the consequences at the end? Who would eventually have the last laugh?

To know more about how Kanthi D Suresh—show-host and Editor-in-chief of Power Sportz, extracts information from the expert panel, watch the full episode of “Talking Turkey with Kanthi” here.