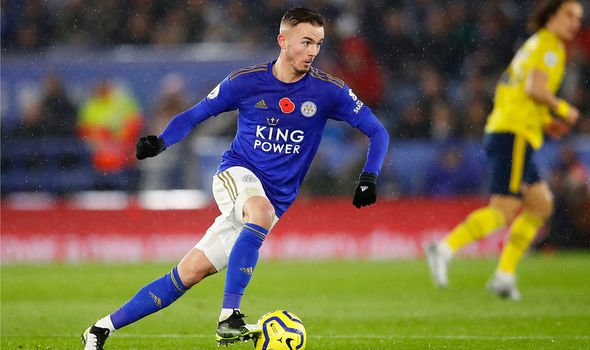 James Maddison is all set to turn down Manchester United by signing a new contract with Leicester despite being boyhood Red Devils fan.

According to reports, the Foxes were wanting the same amount they received from the Red Devils for Harry Maguire, that’s £80million. Maddison, who has allegedly scored four times and set up four goals for his team-mates this season met the criteria Ole Gunnar Solskjaer is looking for.

United wanted to have a finalized list of their summer targets by January and reportedly Maddison fits the profile. Maddison, who turns 23 this month despite being a boyhood United fan and close to former colleague Maguire chose to join Leicester.

Maddison has allegedly a contract with the Foxes until 2023 but after having earned his first England cap, Leicester are ready to agree new terms.