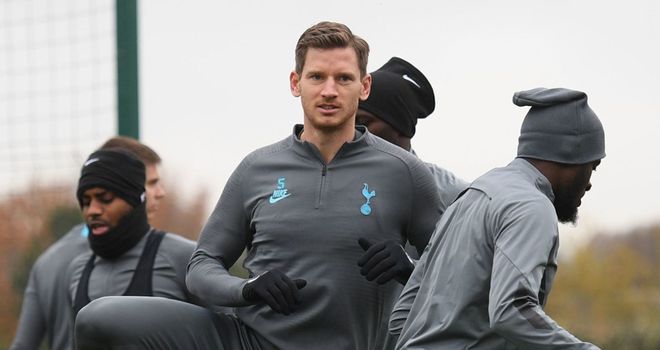 Jan Vertonghen seems eager to discuss a new contract with Tottenham after the arrival of Jose Mourinho as head coach. The Belgium centre-back’s present deal will reportedly expire next summer. So, he will be in position to speak to foreign clubs in January.

Vertonghen, who is one of Spurs’ longest-serving and the most experienced players, have successfully made 294 appearances since he joined in 2012. According to reports, he was open to hold talks over an extension with the previous manager Mauricio Pochettino, where he was told that he was not for sale in the summer. But it seems that the formal discussions may again take place between Chairman Daniel Levy and Vertonghen’s representatives.

Due to the injury, the 32-year-old was allegedly back on the bench for Tuesday night’s Champions League win over Olympiakos.