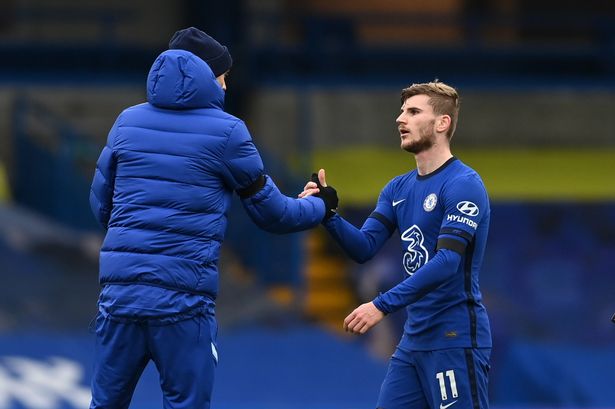 Timo Werner has officially left Chelsea & re-signed with RB Leipzig on a four-year deal through the 2026 summer.

After two seasons with the West Londoners, who paid over £47.5 million for the Germany international in the summer of 2020, the 25-year-old has returned to Leipzig. Werner will reportedly be sold back to the Bundesliga team by Chelsea for a starting price of £20 million,

In addition to that the add-ons will potentially raising it to as much as £25 million. On Monday evening, Werner arrived in Germany. On Tuesday, he completed his medical exam and finalised his personal contract with Die Roten Bullen.

Werner confirmed his departure from Stamford Bridge on social media before the two clubs made an official announcement.

Timo Werner speaks out on re-joining Leipzig and leaving Chelsea

“Today marks the end of my journey with Chelsea. I am incredibly grateful for the time I spent at this special club.

At this point I would like to express my appreciation for my teammates, the coaches & staff, and especially for you, the special supporters of Chelsea Football Club.

I felt so much love and support throughout the last two years and I will never forget how you guys stood behind me in good and in challenging times! We lifted trophies like the Champions League together and I will always remember the song you wrote and chanted for me.

Werner with the Blues

Werner completed four years with Leipzig between 2016 and 2020, scoring 90 goals and dishing out 40 assists in 156 appearances across all competitions. The German international was the club’s top scorer at the conclusion of each of his four seasons with Die Roten Bullen, and in 2019–20, his final season there, he had the best scoring season of his professional career with 34 goals in 45 games, including 28 goals in 34 Bundesliga games.

In 89 games for the Blues in all competitions, Werner scored a total of 23 goals and contributed 21 assists.

However, the forward was successful for the Blues in the Champions League and was a vital part of the team that eventually defeated Manchester City in the final under Thomas Tuchel.

He also helped the Blues to win the UEFA Super Cup and FIFA Club World Cup before finally making his return to his former club.

Benjamin Sesko, a striker for sister club Red Bull Salzburg on loan for the 2022–23 season, has also been signed by Die Roten Bullen on a five-year agreement.