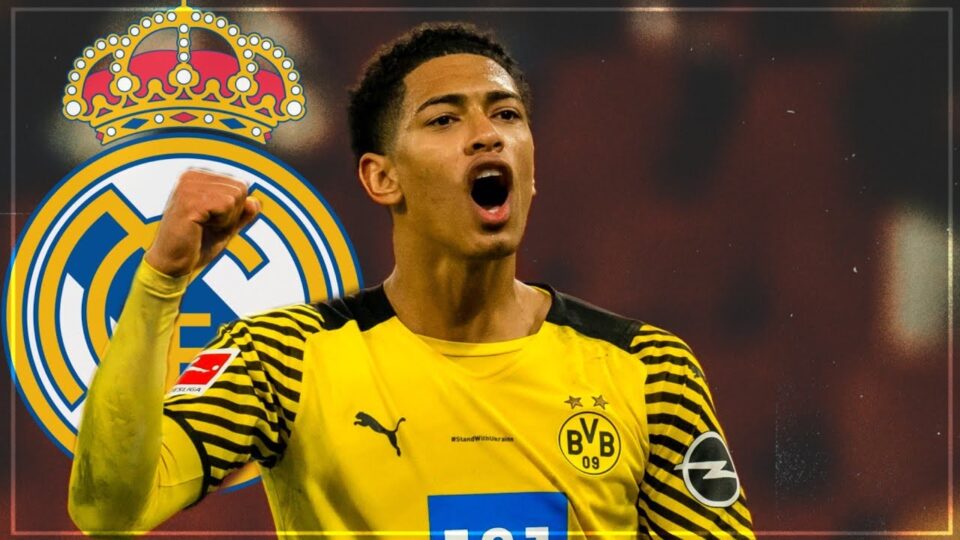 Jude Bellingham, a midfielder for Borussia Dortmund, is said to prefer a transfer to Real Madrid to a Premier League club. When the transfer window reopens, the 19-year-old is expected to become one of the most sought-after midfielders, with a number of elite European clubs reportedly showing interest in his talents.

The England international, who has three years left on his BVB deal, has been linked to Liverpool, Chelsea, Manchester United, and Manchester City.

Real Madrid, the current Champions League champions, might challenge the Premier League trio for Bellingham, who Dortmund reportedly values in the neighbourhood of £131 million (€150 million). Bellingham wants to sign with Los Blancos and is eager to “be part of the generational revolution in the Madrid midfield as per journalist Jose Alvarez.

Alvarez Haya continues by saying that Man City is “extremely serious” about trying to sign Bellingham and that they have already spoken with the player’s family about the possibility of moving to the Etihad Stadium.

The midfielder, though, has his sights set on a transfer to the Santiago Bernabeu and feels that he can contribute significantly to the Spanish powerhouses there.

Bellingham has played 100 times for Dortmund in all competitions, since moving there from his hometown club Birmingham City in 2020, tallying 13 goals and 18 assists in the process.

Although the young midfielder is considered as a regular for the first team at BVB, journalist Florian Plettenberg is adamant that he won’t stay at the club through next summer, with both Liverpool and Manchester United still having a strong chance of securing his services.

“He’s an upcoming superstar player. I am totally convinced he will leave Dortmund in 2023, maybe to Liverpool, maybe to Manchester United,”

“I think these are two teams that have very good chances to get him. He’s an amazing player, amazing character. Very good personality.”

Bellingham, though, is reluctant to comment on rumours surrounding his future and recently stated that he has not given any thought to leaving Dortmund anytime soon.

“First of all, I’m here to help Borussia Dortmund win the game. If I can play well and showcase my talents, it is a bonus.”

“But I’m here to win for Borussia Dortmund and I’m very happy here at the minute and I’m focused on all of the goals we have as a team and I’m not looking past that.”

“The club have done loads for me and made me feel very welcome since I first came and gave me the opportunities to develop even further. To look past that and into the future would be disrespectful. It’s not something I am thinking about, to be honest.”

Bellingham is currently busy with the England team in preparation for their two UEFA Nations League games against Germany and Italy.