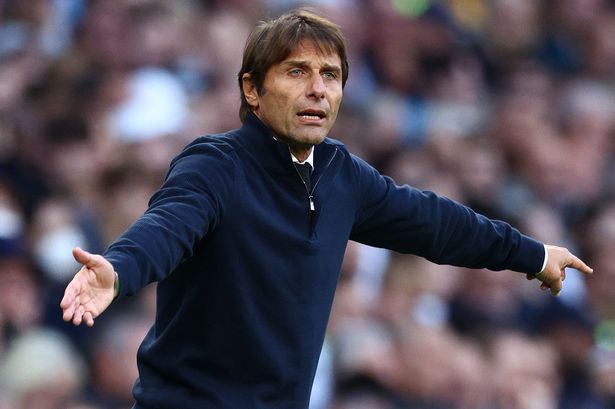 Antonio Conte, the manager of Tottenham Hotspur, is reportedly willing to return to Juventus if the Bianconeri fire Massimiliano Allegri. The latter succeeded Conte at Turin in 2014 and won five straight Serie A championships before stepping down in 2019.

However, he returned to the position in the summer of 2021. Under Allegri’s leadership, Juventus only managed a fourth-place finish in 2021–2022, and the Old Lady has also had a dismal start to the upcoming season.

Allegri’s team is currently seventh in the rankings after winning just two of their first seven league games. In their most recent match, they lost 1-0 to newly promoted Monza. After that loss, the Juve manager was compelled to leave the stadium with a security escort, and it appears that his time at the Allianz Stadium is winding out. Director Pavel Nedved is rumoured to be eager to re-hire Conte.

Despite his tumultuous relationship with chairman Andrea Agnelli, Il Bianconero asserts that Conte would ‘gladly’ return to Turin for another stint in charge should Juventus opt to remove Allegri from his position. The club’s transfer policy was the source of contention between Conte and Agnelli at the end of the former’s tenure in 2014, and the animosity between the two was still present when Conte was seen throwing the middle finger to his old boss while playing for Inter Milan in 2021.

Agnelli and Conte reportedly had a tense relationship, which allegedly led to Agnelli preventing Conte from replacing Allegri in 2019 in favour of Maurizio Sarri. However, Agnelli may now be willing to put the past behind him thanks to Juve’s disappointing results this season.

Conte back to Juventus?

In fact, the story claims that Conte and Agnelli are now cordial again and that the Tottenham manager just travelled back to Turin for a family vacation over the international break.

In the wake of the middle-finger affair, Agnelli previously downplayed his altercation with Conte, telling Striscia La Notizia:

“Every now and then the passion of our work makes us go over the line of good manners. Collaboration with Conte ended well. Those were gestures of affection.”

Although Conte was chosen to succeed Nuno Espirito Santo at Tottenham at the end of 2021, there were rumours that he would leave briefly during the team’s difficult stretch in the 2021–22 season.

Even though his contract now has less than a year left to go, the Premier League and Serie A championship winner stayed on to lead the Lilywhites back into the Champions League.

The fact that the 53-year-old has not agreed to a new contract in North London and that his long-term future is still up in the air is thought to give Juventus hope.

Conte has already served as manager of Juventus twice, first taking over for the 2011–12 season and then coming back a short time later for another stint.

With the Old Lady, the Italian won three Serie A championships and two Supercoppa Italiana crowns. After seven games of the current season, his Tottenham team is third in the Premier League standings.