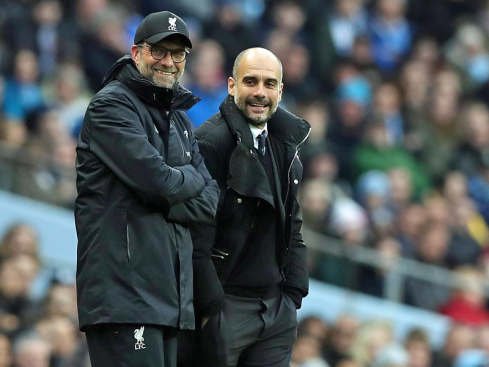 Jurgen Klopp and Pep Guardiola reiterated their demands for the rules to be changed in Premier League after Liverpool defender Trent Alexander-Arnold suffered a suspected calf injury during Sunday’s 1-1 draw at the Etihad.

The Liverpool manager, Jurgen Klopp said that it is necessary for clubs to have five substitutes per match in the Premier League, while Manchester City boss Pep Guardiola has called the current three sub limit a “disaster”.

Both the legendary coaches are on the same page in vehemently criticizing the current rules on substitutes the League permits.

“It’s not an advantage, it’s a necessity. 100 per cent,” said Jurgen Klopp. While Pep Guardiola said, “All around the world it’s five substitutions, but here we believe we are more special people. We don’t protect the players, and that’s why it’s a disaster.”

Klopp also refutes claims that reintroducing the five substitutes rule, which was briefly used last season after Project Restart, could prove to be beneficial for the ‘big six’. He iterated that player welfare should be the priority this season. “All the teams have to understand why it’s so helpful. It’s not an advantage, it’s a necessity, 100 per cent,” said Klopp.

“In all other countries it happens and here we make a bit more fun of the competition by having only three subs. That is really incredible, so we have to talk again.”

Meanwhile, Alexander-Arnold will have a scan on Monday and is expected to withdraw from the England squad for their games against the Republic of Ireland, Belgium and Iceland later this month.

Klopp believes the Football Association should reverse the substitutes rule, else it will risk international players and will be ruled out through injury.

“In my understanding it is a lack of leadership,” Klopp added. “It is the only big league where you have only three subs. Surprise. The FA has to be involved. Tonight we lost Trent Alexander-Arnold. I’m pretty sure Gareth Southgate is not fine [with that].

If we continue like this and hopefully we can play the Euros in the summer… if they happen, let’s see who will be part of that.”

Manchester City have used all three of their substitutes twice this season and only two clubs have made fewer total substitutions, but manager Guardiola says he fully agrees with Klopp that the limit must be increased.

“All around the world it’s five substitutions, but here we believe we are more special people,” said Guardiola.

“We don’t protect the players, and that’s why it’s a disaster. In this calendar, especially. I will demand, if the people allow, we have to come back to five substitutions.

“If not, it’s difficult to sustain it.”

The Professional Footballers’ Association (PFA) has also confirmed its support to use five substitutes.

“We told the Premier League we would support such a move on health and safety grounds for our members before the first vote and our position has not changed,” a PFA statement read.

West Ham manager David Moyes who had previously been in favour of only using three substitutes has also come out in support of five substitutes. He admits he would now prefer the option of being able to have up to five replacements.

“I recommended to our board that we would vote for three subs and not more. I’ve got to say, my mind has changed now is because of player welfare,” said Moyes, speaking after Saturday’s 1-0 win over Fulham.

“I don’t think I expected so many injuries. So many games in such a small period of time, whether it be that you’re an international player or in the Champions League or the Europa League, has meant that the programme has been so congested.