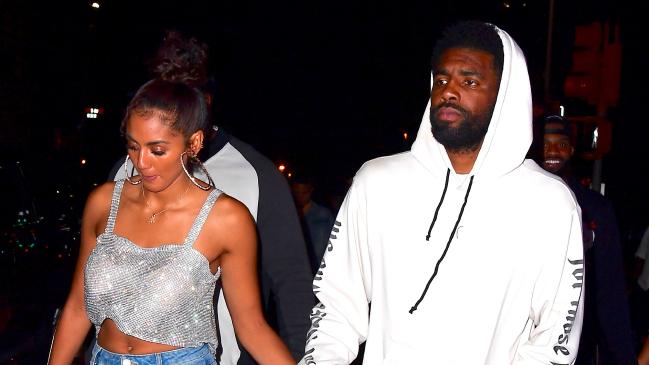 When he made the move to the Brooklyn Nets Kyrie Irving got paid and it seems he’s spent a large chunk of that on a massive diamond ring.

Brooklyn Nets star Kyrie Irving is reportedly engaged with social media influencer ‘Golden’. The former Cleveland and Boston star was allegedly spotted holding hands with girlfriend Marlene Wilkerson, aka Golden, who was wearing a huge diamond on her finger.

Earlier Irving was dating singer Kehlani but since December 2018 the star player has been with social media influencer ‘Golden’.

Marlene Wilkerson, aka Golden is a fashion and fitness influencer with more than 400k followers on her Instagram, and perhaps Kyrie Irving’s fiance if at all, the suspicions about their engagement turn out to be true.

However, none of them has confirmed the news.