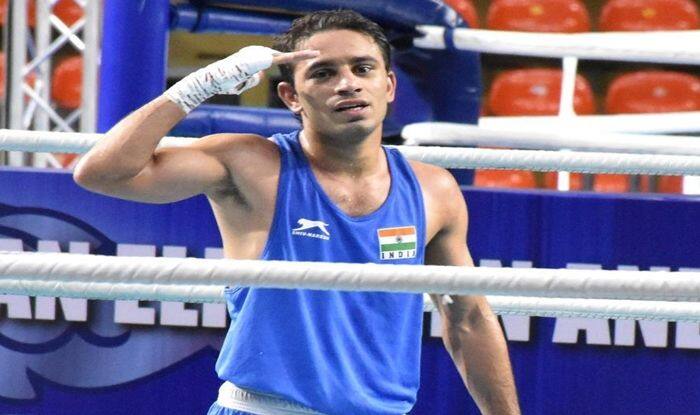 Amit Panghal delivers on the hopes he carries after being the Asian gold medalist in the 52kg category. The star Indian pugilist entered the semis in the ongoing World Championship on Wednesday.

At least, the world no. 2 is assured of bronze after he beat Philippines’ Carlo Paalam 4-1. Panghal had earlier met and defeated Paalam in the Asian Games semis last year.

Panghal will fight against Kazakhstan’s Saken Bibossinov in the semis. During the last World C’Ships, Panghal reached as far as the quarterfinals but was ousted after that. He fought a fierce bout against Hasanboy Dusmatov in the 49kg category.