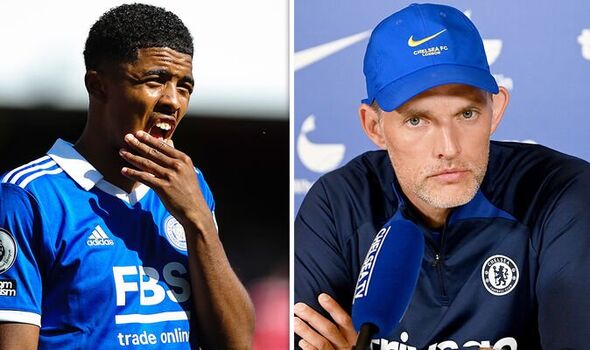 According to reports, Leicester City rejected third offer of £70 million from Chelsea for defender Wesley Fofana. The West Londoners are eager to add another central defender before the transfer window closes after the signing of Kalidou Koulibaly earlier this summer, and thus, they have now earmarked Fofana as their top defensive target.

The 21-year-old, who has requested to leave Leicester in order to sign with Chelsea, was left off of Brendan Rodgers’ matchday squad for Leicester’s 2-1 loss to Southampton at home last weekend in the Premier League.

“In terms of Wesley, just a young player who is not quite in the right frame of mind at the moment to play,”

“A lot going on behind the scenes, which I understand. It’s a difficult moment for him.”

Leicester has already rejected two offers for Fofana from Chelsea this month, but the Blues have since increased their interest as the transfer market enters its final 10 days.

The Foxes, who are unwilling to offload the center-back this summer, have reportedly rejected Chelsea’s third offer for Fofana worth £70 million.

Wesley Fofana will eventually land up at Chelsea?

According to the source, Chelsea’s most recent offer included add-ons that Leicester deemed “unrealistic and tough to achieve.”

Although his prospective departure would give Rodgers little time to recruit a replacement, it is believed that Leicester could be convinced to cash in on the Frenchman if they earn a world-record sum of over £80m.

According to the report, if Fofana is sold before the September 1 deadline, Rodgers will only be able to spend less than half of the proceeds due to the club’s financial situation.

Due to worries over Financial Fair Play, Leicester has yet to sign an outfield player this summer and is eager to shed a number of marginal players in order to balance their books.

Fofana, Youri Tielemans, and James Maddison are three first-team players whom the Foxes are eager to keep, but instead they have been in the news surrounding a potential departure from the King Power Stadium.

Fofana, who signed a new five-year contract with Leicester in March, doesn’t appear to be playing in the Premier League matchup against Chelsea on Saturday at Stamford Bridge.

Adam Webster of Brighton & Hove Albion has reportedly been identified by Chelsea as a possible fallback should their pursuit of Fofana fail.