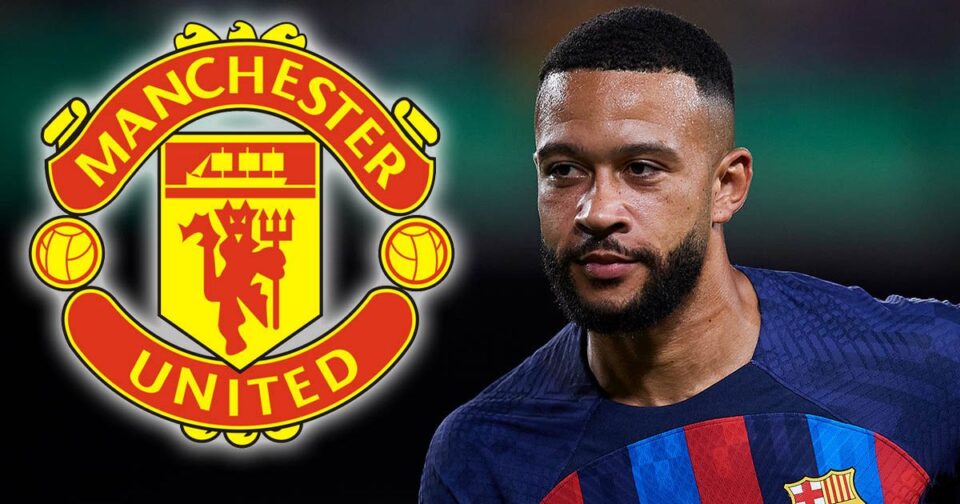 According to reports, Manchester United is considering rekindling its interest in Barcelona attacker Memphis Depay. With the acquisition of Casemiro from Real Madrid recently, it appears that United has chosen to be more aggressive in the transfer market.

Manchester United are in search of a striker from the day this transfer window started. However, the Red Devils are yet to finalize one to bring at Old Trafford. While Erik ten Hag’s new campaign has seen a topsy-turvy ride with losing the first two games to a mediocre team and winning against the runners-up of the previous season.

However, it is anticipated that this will only be one of many contracts that the Premier League heavyweights will seal before the month of September.According to rumours, Antony from Ajax, who purportedly expressed a wish to transfer to Old Trafford over the next several days, is the next potential arrival.

However, it’s still possible that another player for the middle of the attack may be hired, as a replacement given that Cristiano Ronaldo might leave the team after Erik ten Hag made the choice to sideline him against Liverpool earlier this week.

According to Marca, United is still keeping an eye out for a potential reconciliation with Depay. Earlier in his career, the Dutchman had a poor stint at the Theatre of Dreams, when he made just seven goals and six assists in 53 games across all competitions.

Since then, he has rebuilt his reputation, assisted by his 13 goals for Barcelona in the previous campaign, but the Catalan giants want to strengthen their financial position by offloading the Netherlands international as soon as possible.

Despite the fact that Juventus are reportedly still in talks with the 28-year-old, it has been suggested that they might elect to sign Marseille forward Arkadiusz Milik instead.

This is true even though Barcelona is eager to make Depay’s contract release easier in order to boost the likelihood that a transfer would happen.

Depay won’t be short of offers, though, as the report states that United would be willing to pay £8.4 million for the attacker even if a possible transfer to Turin falls through.

Barcelona is in a situation where they would like a quick exit due to the necessity of freeing up money and space on the pay bill in order to sign defender Jules Kounde to their La Liga roster.

Selling Pierre-Emerick Aubameyang is still an option, but club executives and Chelsea are reportedly at odds over how much to pay for the 33-year-old.