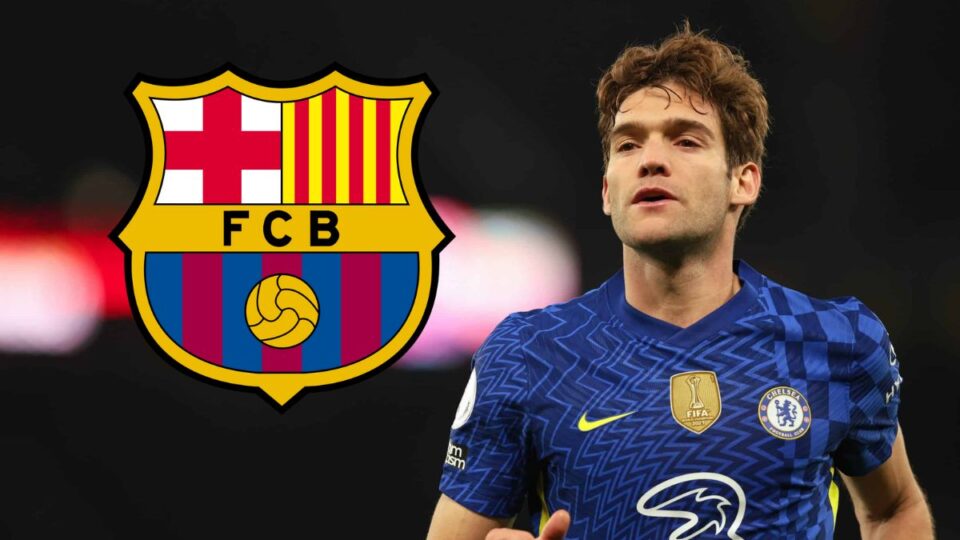 Marcos Alonso, a defender for Chelsea, is allegedly close to signing with Barcelona this summer. Throughout the summer transfer window, the long-tenured Spaniard was frequently mentioned in connection with a move to Camp Nou.

Meanwhile, the Blues have now decided to let Alonso leave if a decent amount is being offered the La Liga club.

Alonso has also expressed his desire to play for his country in the past. His only debut in Spanish football came in 2010 for Real Madrid. Any transfer to Barcelona has been slowed down for a number of reasons, including the Catalan giants’ difficulties registering the players they have previously acquired.

That might still be the case, and it’s unclear what kind of payment Chelsea would be willing to make for the 31-year-old. Fabrizio Romano, a transfer analyst, claims that Barcelona is yet “very close” to concluding a deal for the player.

Romano suggests that Thomas Tuchel, the head coach, approving an exit for the left wing-back, is the last important hurdle. Theoretically, it might not happen until after Chelsea’s Premier League debut against Everton on Saturday night.

Alonso is now expected to be named to the substitutes’ bench as Ben Chilwell’s backup.

Marcos Alonso on his way to join Barcelona

Meanwhile, even if Marc Cucurella completes his £62 million transfer from Brighton & Hove Albion before Friday’s 12:00 deadline, Chelsea won’t try to include him at Goodison Park.

However, Tuchel won’t want three players at wingback or on the left side of his defence in his team, which will almost definitely result in Alonso being given the go-ahead to join Barcelona.

If Alonso does decide to leave the West Londoners, he will do so with six trophies under his belt, with the EFL Cup being the lone significant title still remaining.

Despite frequently polarising opinion during his six-year stay, Alonso has established himself as one of Chelsea’s most effective wing-backs in the world of football.

His 211 games in all competitions have yielded a total of 29 goals and 23 assists, and he now seems poised to challenge longtime Barcelona full-back Jordi Alba.

Thus, if Alonso does eventually make a move away to Camp Nou he might become a regular starter in Xavi’s team.