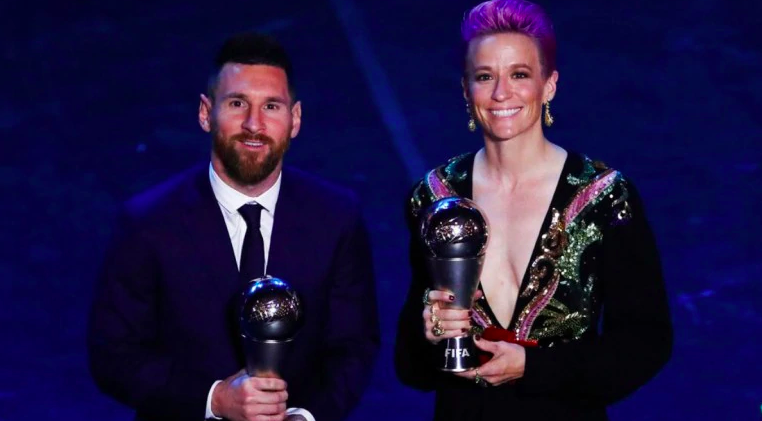 Messi’s win at the La Scala Opera house in Milan however has marked a return to the dominance of the Argentine and Cristiano Ronaldo.

Megan Rapinoe, U.S. co-captain, on the other hand, won the women’s top award as she helped her country to the World Cup title this year in a tournament.

Speaking about the win, Rapinoe said, “I’m at a loss for words. This was an incredible year for women’s football, for those who just noticed you are a bit late to the party. It truly was incredible, to be part of the World Cup, the enthusiasm we had was amazing.”