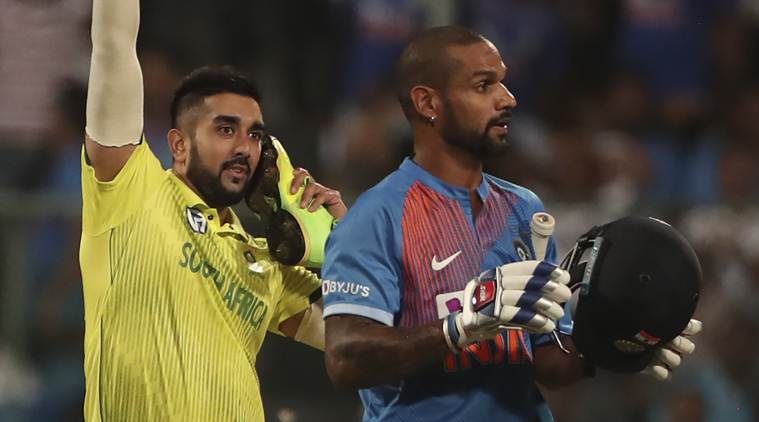 South Africa defeated India by 9 wickets in the India vs South Africa 3rd and final T20I to level the series 1-1 at M Chinnaswamy Stadium in Bengaluru on Sunday. While Captain Quinton de Kock shone with his breezy half-century and Beuran Hendricks impressed with his bowling, but it was wrist spinner Tabraiz Shamsi who grabbed eyeballs with his unique wicket celebration.

Tabraiz Shamsi bizarre phone celebration came into play as he dismissed India opener Shikhar Dhawan, who was looking full of purpose the moment he launched the left-arm wrist spin as he took two consecutive sixes in his very first over.

Shamsi, who returned in his second over and sent Dhawan back to the dressing room after his 25-ball 36, took his shoe off and pretended as if making a phone call with it.

Dussen said, “Yeah Shamsi always phones to Immy (Imran Tahir). Immy is obviously one of his heroes, and they work together a lot. So it was a nice moment for Shamsi to take a big wicket of Dhawan like Immy for us.