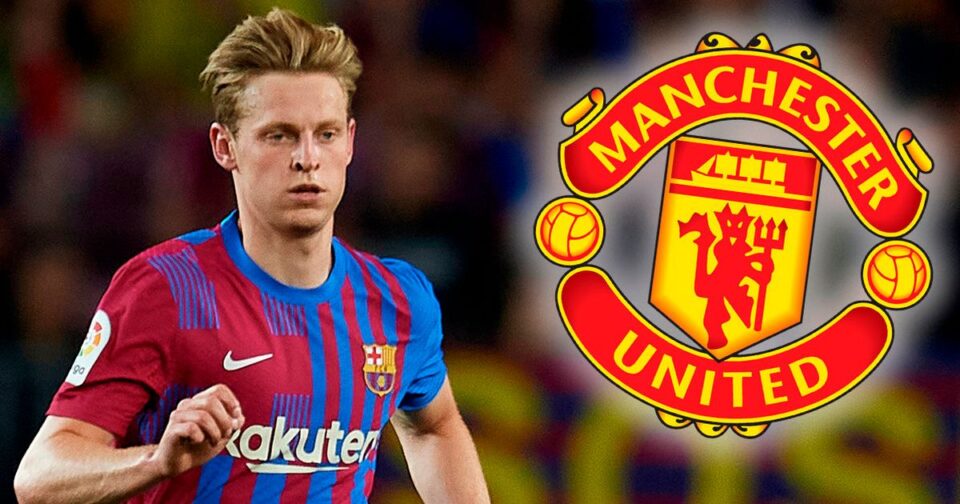 Manchester United reportedly got closer to acquiring Frenkie de Jong by agreeing to pay the £17 million in deferred wages that Barcelona owes the Dutchman.

De Jong reached an agreement with the Catalan side that would allow him to have the money paid over the balance of his contract, which is scheduled to expire in 2026, due to the club’s financial difficulties and the complications brought on by the COVID-19 pandemic.

The £17 million debt was first refused by Man United, according to Sport, but the 20-time English champions have since made it apparent that they are willing to pay it. The Dutchman, who has also been extensively linked with Chelsea in recent days, is reportedly one step closer to signing for the Red Devils as a result.

De Jong has been at the centre of one of the biggest transfer sagas of the summer, and after weeks of discussions, Man United has so far been unable to get him to Old Trafford.

“Frenkie is Barca player. We want him to stay, he wants to stay. We’ve received important bids for him but he’s our player,”

“You know salary budget situation; so we will do our best to keep Frenkie at Barca… and I hope he’ll do the same.”

During the 2021–22 season, De Jong made 46 appearances for Barcelona across all leagues, The Dutch International scored four goals and dished out five assists in the process. Thus, the club continues to value De Jong highly.

The Catalan team, however, is under pressure to make a significant sell due to their summer business, and the club is reportedly eager to move on with the former Ajax player before the transfer window closes.

Will De Jog stay or leave?

De Jong participated in his team’s preseason training and played the first 45 minutes of Saturday’s 2-0 triumph over the New York Red Bulls of the Major League Soccer.

Man United supposedly wouldn’t be able to legally take on the debt, but they may agree to pay the £17 million through bonuses and salaries.

The midfielder was reportedly a top priority for Red Devils manager Erik ten Hag during his initial transfer talks with the 20-time English champions.

According to reports, Man United is willing to pay the Dutchman £450,000 a week, making him the club’s second-highest paid player after Cristiano Ronaldo.

Tyrell Malacia, Lisandro Martinez, and Christian Eriksen are the first of the Premier League club’s three new additions at Old Trafford this summer.

The 2022–23 season’s preseason for Man United came to an end on Sunday afternoon at Old Trafford with a 1–1 tie with Rayo Vallecano.