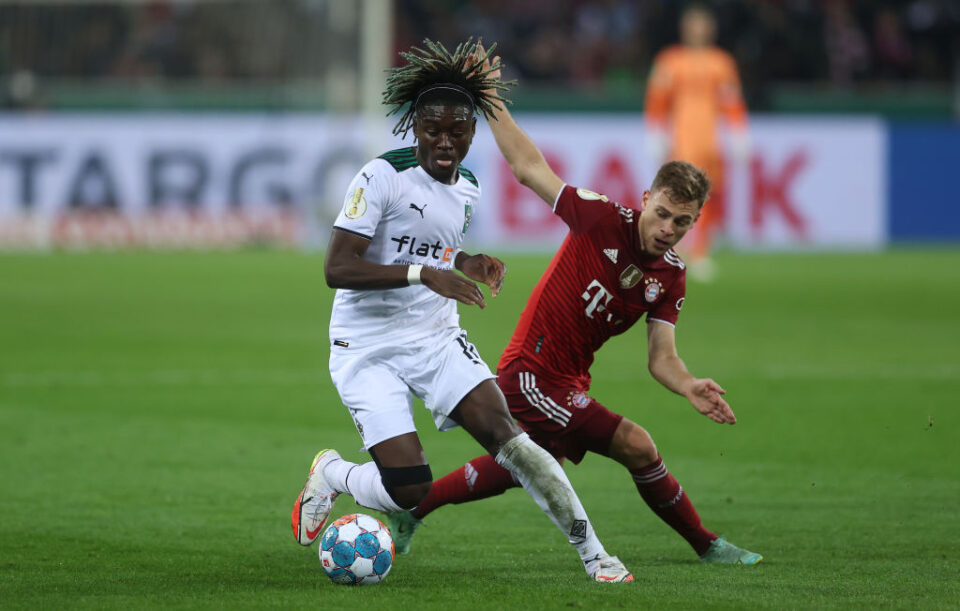 Manchester United are said to be one of several clubs interested in Borussia Monchengladbach’s defensive midfielder Kouadio Kone.

Erik ten Hag will be looking forward to rebuilding the squad this summer as the Red Devils will be hoping to regain some form and display the performance that they are known for. Thus, out of the many clubs who are looking for this youngster’s signature it seems like Man United are the one who desperately needs him as Paul Pogba, Nemanja Matic, Jesse Lingard, and Juan Mata are all poised to leave the club when their contracts expire next month.

Clubs in pursuit of Kouadio Kone

The 21-year-old joined the Bundesliga club from Toulouse in January of last year, only to return to the French club on loan for the remainder of the season. Kone has established himself as a first-team regular for Monchengladbach this season.

Making 29 appearances in all competitions Kouadio scored three goals and contributed one assist in the current term. Man United, Atletico Madrid, Juventus, and Leicester City, according to L’Equipe via GFFN, are all keeping a close eye on the midfielder.

Meanwhile, it looks like the Red Devils are the one who might be in requirement of his service more than any other club. Reports further added that during his stint as interim manager of the Red Devils, Ralf Rangnick kept a tight eye on the Frenchman.

However, Kone’s contract with Monchengladbach expires in three years, thus the club is under no obligation to sell him this summer. But if a decent amount is being offered on the table by the clubs interested in opting his services the Bundesliga might be interested in negotiations.

As of now, Man United will be focusing on subtractions from the club rather than additions. Thus, Man United fans are optimistic that Erik will create a squad that can compete with the likes of Manchester City and Liverpool and can fight for the Premier League title again in the coming years.