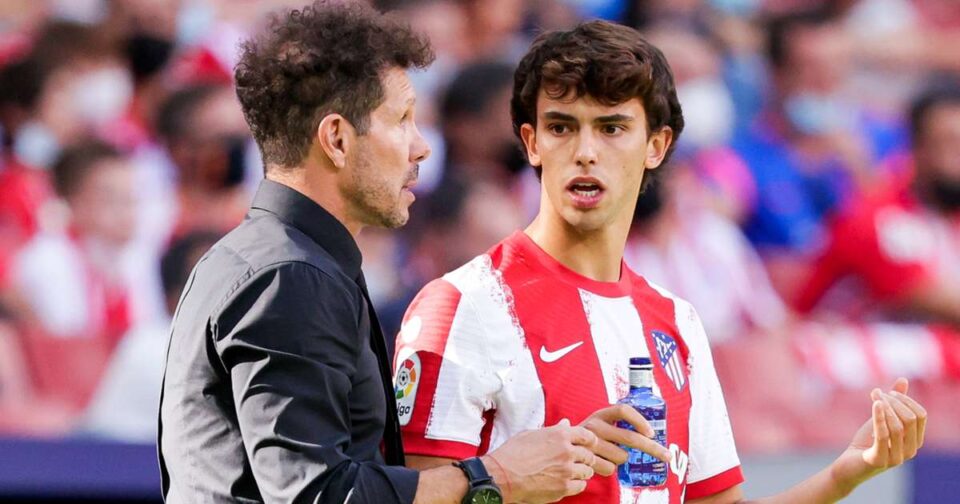 According to reports, Atletico Madrid is willing to sell Joao Felix in the January transfer window but would demand a price higher than €100 million (£85.9 million) for the international player from Portugal.

At the beginning of 2023, the 23-year-old is rumoured to be motivated to find new pastures after his relationship with the Spanish club’s head coach, Diego Simeone, is said to have soured.

Felix made a high-profile transfer from Benfica to Atletico in July 2019, with the Red and Whites shelling out somewhere about £113 million to do so.

However, the attacker has often struggled to make an impact at the club, managing only 33 goals and 18 assists in 129 games across all competitions. In 18 games for Atletico this season, Felix has only contributed four goals and three assists, but he was in excellent form for Portugal at the 2022 World Cup although the Portuguese saw an anti-climax departure.

The forward played four times in the international competition, scoring once and dishing up two assists, but he was unable to stop Portugal from losing to Morocco in the quarterfinals on Saturday.

Miguel Angel Gil Marin, the CEO of Atletico, recently said that Felix might leave Wanda Metropolitano in January for the correct sum of money.

“[Joao Felix] is the biggest bet this club has taken in its history. I personally think he’s a top talent, a world-class player,”

“For reasons it isn’t worth getting into – the relationship between him and the boss (Simeone), the minutes played, his motivation right now – it makes you think that the reasonable thing is that if there’s an option that’s good for the player, good for the club, we can look at it.”

“I’d love him to stay personally, but I don’t think that’s the player’s idea.”

Felix is reportedly “ready to a fresh adventure” in January and is pleading with Atletico to let him depart on the winter market, according to Italian writer Fabrizio Romano.

According to the report, the forward’s agent, Jorge Mendes, is in negotiations with a number of teams, but Atletico Madrid is demanding more than €100 million (£85.9 million) for the former Benfica youth player.

Felix is still frequently linked to Manchester United, the 20-time English champions planning to bring in a new attacker in January after Cristiano Ronaldo left.

Chelsea, Bayern Munich, and Paris Saint-Germain have also reportedly expressed interest, although it’s doubtful that any of those teams would be willing to match Atletico’s current asking price.

Felix recently stated that he would speak with Simeone’s team about his future after the World Cup.