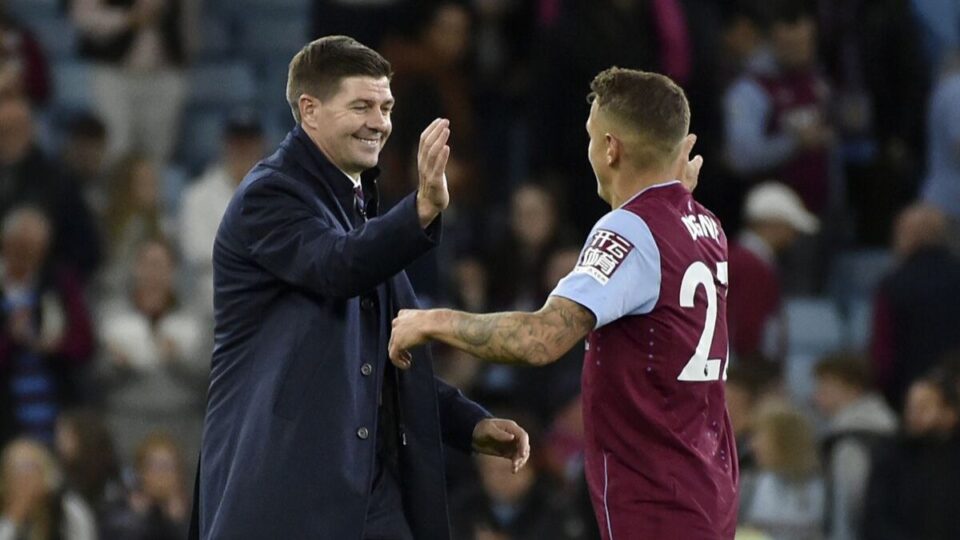 After his Aston Villa team defeated Southampton 1-0 on Friday night, Steven Gerrard praised the team’s mentality.
Only four points had been earned by Villa in their first six Premier League games entering the meeting at home.

Even though they recently drew 1-1 with reigning champions Manchester City, facing a young Southampton team posed a different kind of challenge.

Jacob Ramsey’s close-range goal, though, gave the West Midlands team all three points and propelled the team into the 13th spot in the standings.

Despite Villa’s improved play this season, Gerrard had all praise for his players’ “effort, application, and devotion.”

As quoted by BBC Sport, the Englishman said:

“It wasn’t pretty or stylish but, with where we were in the league, we knew we had to do it in a pragmatic way.”

“I’m really proud of the boys’ effort, application and commitment. We played better than we did last time. In football, you have to grind and fight and be committed and we worked hard today.”

“We will get better in terms of style and possession and that will come but tonight was about the points.”

Gerrard was also quick to address the criticism that had been levelled at his team following losses to Bournemouth, Crystal Palace, and West Ham United, the majority of which was well-deserved.

However, Gerrard maintains that his Villa team may be about to make a turn for the better as they attempt to climb the standings after the break.

“Maybe we tried to force it a bit tonight but as we move up the table, maybe that’s when the pretty stuff will come. It has been a tough period but I’ve wanted to step forward and protect my players.”

“I’ve tried to fight and move up this table. We have accepted a lot of criticism and it’s about reacting and that is what we have done tonight.”

The next game for Villa will be on October 2 against Leeds United at Elland Road.