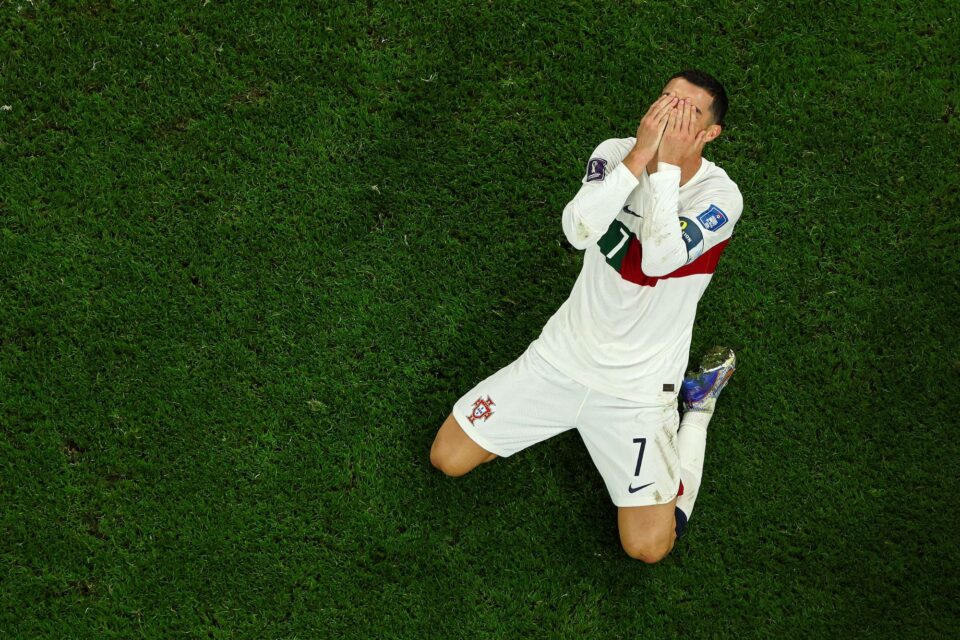 After Portugal 2022 World Cup quarterfinal loss to Morocco, Cristiano Ronaldo hinted that his international career was coming to an end.

The team of Fernando Santos was the favourite to defeat Morocco and advance to the competition’s final four, but Morocco won thanks to a goal by Youssef En-Nesyri in the last minutes of the first half.

After being omitted from the starting lineup against Switzerland in the round of 16, where his replacement, Goncalo Ramos, scored three goals, Ronaldo was again named to the bench for the match in the last eight.

The 37-year-old did manage to score in Portugal’s tournament debut against Ghana, but after that he failed to find the back of the net against Uruguay, South Korea, Switzerland, and Morocco.

The future of Ronaldo at the club level is currently up in the air because Manchester United cancelled his contract at the end of November as a result of his contentious TalkTV interview with Piers Morgan.

The attacker expressed his disappointment after Portugal’s Saturday loss to Morocco and hinted that his time with Portugal was coming to an end.

“Winning a World Cup for Portugal was the biggest and most ambitious dream of my career. Fortunately, I won many titles of international dimension, including Portugal, but putting our country’s name on the highest foot in the World was my biggest dream,”

“I fought for it. I fought hard for this dream. In the 5 appearances I scored in World Cups over 16 years, always by the side of great players and supported by millions of Portuguese, I gave my all. Leave it all out on the field. I never turned my face to the fight and I never gave up on that dream.”

“I was always one fighting for the objective of all and I would never turn my back on my colleagues and my country.

“For now, there’s not much more to say. Thank you, Portugal. Thank you, Qatar. The dream was beautiful while it lasted… Now, it’s time to be a good advisor and allow each one to draw their own conclusions.”

Ronaldo made his international debut for Portugal in 2003, and he now holds the record for both most appearances (196 total) and goals (118 total) scored.

The attacker might decide to focus on club football, bringing an already 19-year international career to an end.

Ronaldo is thought to be anxious to continue his career in Europe, but it’s thought that Saudi Arabia is the only country currently showing any real interest.