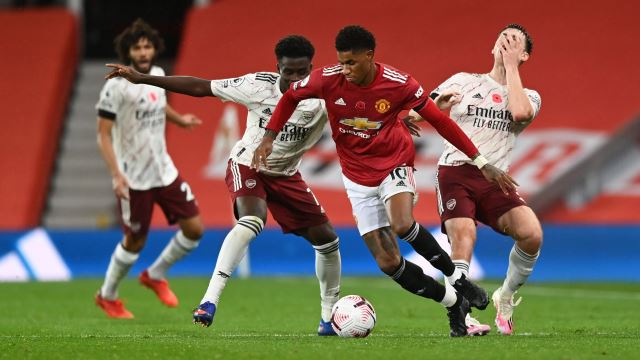 Renowned football expert Roy Keane feels Manchester United lack quality and leadership across the whole team and the future of the club is in jeopardy.

Man United suffer their third defeat of the season as they gave in 1-0 to Arsenal. New midfield diamond formation abandoned at half-time, Pierre-Emerick Aubameyang converted penalty conceded by Paul Pogba.

Depicting Man United’s abysmal start to the campaign, Keane told reporters, “We were almost building up this season as make-or-break for Ole, but at this moment in time it’s not looking good for him. I scratch my head at players who don’t have enthusiasm for a game of football.”

“Sometimes you say ‘there’s no reason to panic’. But the results and performances suggest you should be panicking. He says they are good boys and want to win but I judge a player by actions. My eyes don’t lie to me. The last disappointment was just a few weeks ago against Spurs – this team reacts for a few weeks and get carried away with themselves. “

He said that there is a serious concern for Ole, as he might lose his job working with these players – that’s what is going to happen.

It is pathetic even after six games of the new season, United are just 15th in the Premier League table. They have already suffered three defeats – all of them at Old Trafford.

According to him, Man United lack energy, enthusiasm, and there is a real dearth of quality. That is a real concern. No quality, no composure.