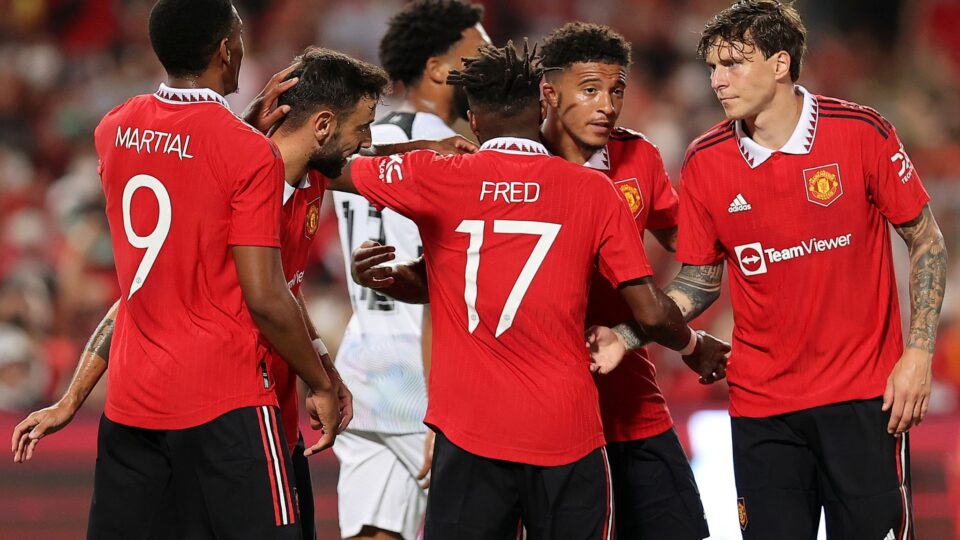 Manchester United defeated Liverpool 4-0 on Tuesday at Rajamangala Stadium in Bangkok to kick off their preseason for the 2022–23 season.

Three goals in the first half helped Erik ten Hag’s Manchester United team defeat rival Liverpool in Bangkok by an amazing score of 4-0. Against a Liverpool team that made 21 changes over the course of the game’s 90 minutes, the Red Devils booked a comfortable victory.

The changes included cameos from new acquisitions Darwin Nunez and Fabio Carvalho during the final 30 minutes of the Reds. While Jadon Sancho scored first before Fred and Anthony Martial extended United’s lead.

In front of more than 50,000 jubilant spectators in the Thai capital, Liverpool was made to pay for a combination of their wastefulness at one end. While defensive mistakes at the other as young Uruguayan Facundo Pellistri added a fourth just before the end.

Of course, pre-season has just begun; in fact, some Liverpool players were still on vacation as of the Saturday morning departure for the tour. United’s starting lineup also included a significant number of players who were anticipated to participate on the opening Premier League weekend.

Nevertheless, this was a welcome respite after the agony their fans have endured over the last 12 months. Moreover, the United contingent cheered when Ten Hag’s face appeared on the big screen in the closing seconds.

Fred had an outlandish objective. Like no other United player, the Brazilian divides opinion, but his jaw-dropping chip over fellow countryman Alisson from 20 yards, done with accuracy, was impressive and will undoubtedly make for some amusement when the two next cross paths while serving their countries.

Martial’s finish was precise, while Sancho’s was calm. United’s offence would have been close to perfect if Marcus Rashford had seized another chance.

But Ten Hag will also be aware of his side’s occasional good fortune.

During one ludicrous play, Luis Diaz, who also missed an easy rebound, and Carvalho, a promising newcomer to the Reds, both hit the post.

Nunez, one of Jurgen Klopp’s final round of substitutions, needs one of David de Gea’s four strong saves to be successful. They also included Mohamed Salah, whose late-game shot curled against the post.

The fourth goal’s big talking point was Bailly’s rushing run from the back, and it turned out to be pretty much the ideal beginning for Ten Hag in Thailand.

Man United will now go to Australia to play Crystal Palace, Aston Villa, and Melbourne Victory, while Liverpool will play Palace in Singapore on Friday.