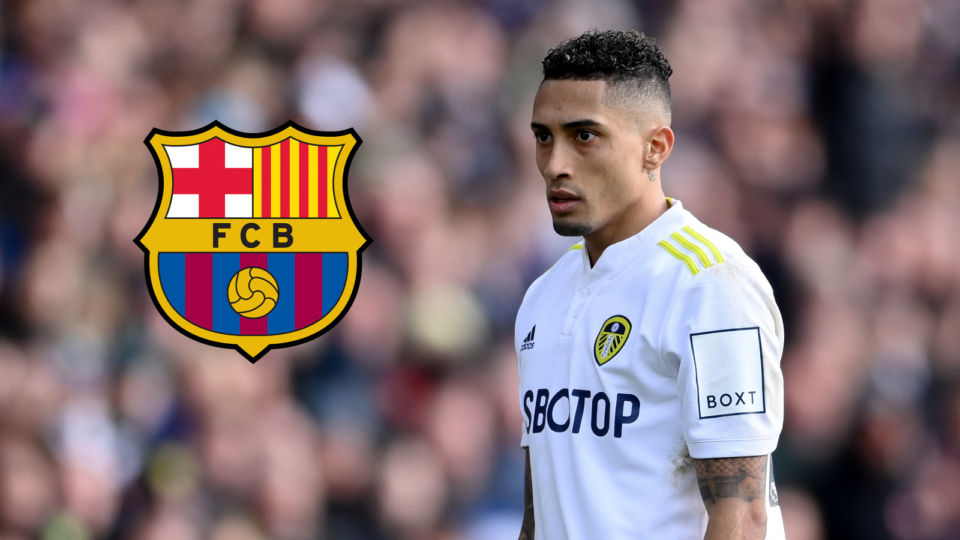 Raphinha, a star attacker for Leeds United, is being negotiated for by the club with Barcelona. According to head coach Jesse Marsch, who anticipates that the deal would “move forward in the next day or two.”

The Raphinha-Barcelona transfer saga is going on even before the end of the previous season. But now it seems like it is time to shut down those talks as the Brazilian is all set to join the Spanish giants in the upcoming days.

According to reports, the Whites accepted Barcelona’s official offer for the 25-year-old player. The bid was initially worth €58 million (£49.2 million) but could go up to €68 million (£57.7 million) with add-ons.

At the end of last month, Chelsea also had a bid approved for the Brazil international. However, the attacker, who was not included in Leeds’ pre-season tour of Australia, is now scheduled to fly to Spain.

Moreover, he might also undergo his Barca medical ahead of completing his dream move to Camp Nou. Raphinha has expressed “urgency” to decide on his future, according to an earlier statement by Marsch.

Since then, the American has said that the player is “dedicated” to moving from West Yorkshire to Catalonia. According to the source, Barca is hopeful the deal can be completed swiftly since they want the attacker to be a part of Xavi’s team for their preseason tour of the US.

Raphinha participated in workouts on Tuesday at Leeds’ Thorp Arch training facility after being excluded from the team’s preseason trip of Australia.

The former Rennes attacker, who spent two years at Elland Road scored 17 goals and dished out 12 assists in 67 games across all competitions is all set to leave the West Yorkshire team.

Speaking at a pre-match press conference ahead of Leeds’ friendly with Brisbane Roar on Thursday, Marsch said

“There’s been distinct movement with Barcelona and we think that things will move along in the next day or two but it’s certainly not finished yet.”

“As much as it’s really hard to lose Raphinha, I’ll say this, if you think about a young man that was pretty much guaranteed to go on a reduced transfer fee to Barcelona if we were relegated and then you watch the performances he had to making sure the club was going to stay up, it would be hard for any 25-year-old to perform the way that he did.”

“We are so thankful and I had that conversation with him. A big part for us considering to move him was the fact that he was committed, it made it easy for us to be very connected to what his goals in his life and career are.”

“To be honest with Kalvin (Phillips) and Raphinha, it allows us to take the next steps that we need to take in the future so that hopefully the next time we have a player like that, we can make them understand that logically the best option is to stay, because we’re pushing for big goals.”

In the hopes that Raphinha’s future would be determined quickly, Marsch left Raphinha out of the Whites’ travelling group for a three-game trip of Australia.

However, the winger joined the rest of the team for training at the club’s Thorp Arch facility.