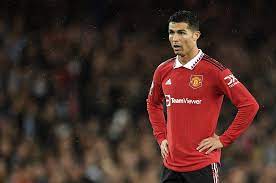 Following Cristiano Ronaldo’s contentious interview with Piers Morgan, Manchester United allegedly does not want to go as far as to sue the striker. The 37-year-old spoke extensively with Morgan on TalkTV and blasted various facets of the Red Devils, whom he believes have made little advancement since he initially departed for Real Madrid in 2009.

Ronaldo allegedly told Man United over the summer that he wanted to go, but the striker told Morgan that unnamed club employees “betrayed” him and attempted to force him out.

The five-time winner of the Ballon d’Or also criticised Erik ten Hag and declared his disdain for his manager, who has frequently placed him on the bench this year. Following the incendiary interview, Ronaldo is largely believed to have played his final game for Manchester United, and a January departure could happen if serious interest in his services materialises.

If Ronaldo is discovered to have broken his terms, the Red Devils are reportedly considering how to end his contract, which is set to last until the summer.

The striker has also been threatened with legal action if Man United can demonstrate that his words caused the team severe financial harm, but the Red Devils are eager to settle the dispute before that point, according to ESPN.

According to the article, Man United has informed Ronaldo that they would prefer not to file a lawsuit against him, but if he contests the termination of his contract, they may still do so.

Ronaldo’s contract with Man United is reportedly up for termination due to egregious misconduct, and the Red Devils are required to give the Portugal international two weeks’ notice before doing so.

Man United is rumoured to be eager to finish the process before they return to action against Burnley in the EFL Cup on December 21. Ronaldo is presently abroad at the 2022 World Cup with Portugal.

Portugal will begin their World Cup campaign on November 24 against Ghana in Group H, where they will also play South Korea and Uruguay. Ronaldo made an unexpected appearance at a press conference on Monday.

In addition to defending his interview with Morgan, the former Juventus and Real Madrid player used the occasion to describe himself as “iron-clad” and “bulletproof.”

“In my life, the best timing is always my timing. From your side it is easy to look at how we can choose timings. Sometimes you write truths, sometimes you write lies. I don’t have to think about what other people think. I speak when I want,”

“The players know me really well for many years and know the type of person I am. It’s an ambitious group that is hungry and focused. So I’m sure (the interview) won’t shake the changing room’s concentration and focus.”

“You can help by not talking about me. I’m completely bullet-proof and iron-clad. If you ask other players about Cristiano Ronaldo I would be upset. If you want to ask him about the World Cup and the team, I would like you to do that.”

Ronaldo recovered in time to play against Ghana on Thursday, but he only managed three goals and two assists in 16 games for Man United this season, leaving him very little to work with heading into the World Cup.

If Ronaldo were to depart Man United during the winter, Chelsea and Sporting Lisbon are thought to be his two most likely destinations, with the Blues reportedly having changed their minds about the signing.