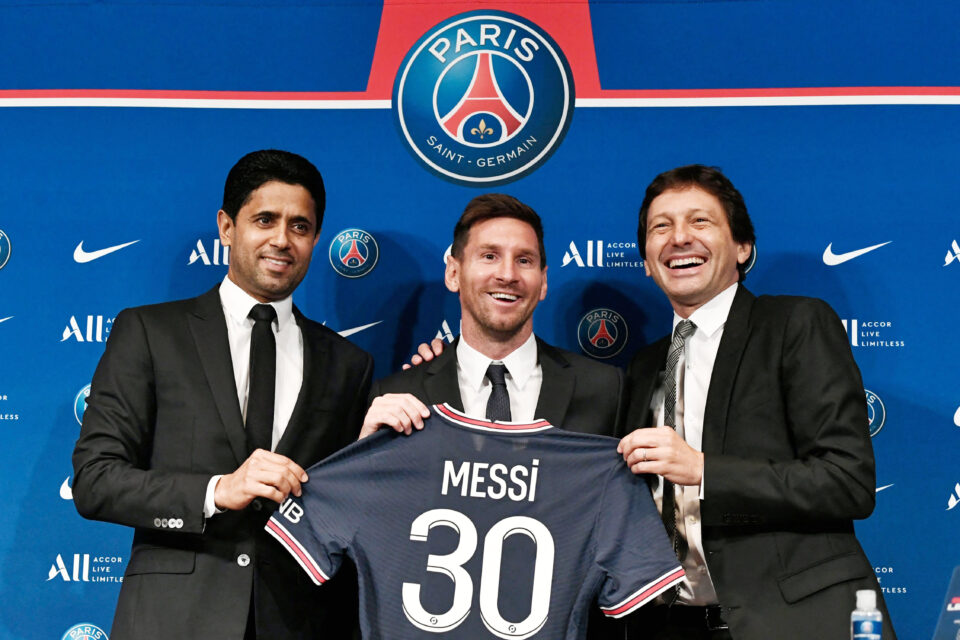 According to reports, Lionel Messi’s contract extension is something Paris Saint-Germain (PSG) is interested in.

The world of football was in a shock when the record 8-time Ballon d’Or winner had to leave Barcelona. No one had ever imagined to see one of the all-time greats to play for any other club than the Spanish giants.

But due to certain financial crises the Catalina could not afford to keep one of the best in the word in their roster. Talks like Messi playing for Paris Saint-Germain were only thought to be possible in a parallel universe until the Argentine gave his signatures to the French capital.

And now, after successfully completing 1 year at Parc de Princes, the League 1 club is looking to extend Messi’s stay in Paris.

The renowned forward received a two-year contract while making the unexpected move from Barcelona to Parc des Princes last summer. It’s uncertain, though, whether the 35-year-old would be willing to extend his stay in France’s capital. As he has been firmly associated with a stint in the MLS before the end of his career.

The Argentine will have the option to sign a longer contract with the Ligue 1 winners, according to Marca. With the recent arrivals of Christophe Galtier and Luis Campos in Paris, PSG chose to make significant changes to their coaching and transfer system.

Will Lionel Messi extend his stay at PSG?

Attempting to retain Messi for the third season is part of PSG’s apparent desire to build for the near and long terms. Although the story notes that his representatives have not received a formal contract proposal, there is reportedly a desire to have talks.

But according to reports, neither Messi nor his team are ready to decide on his future until after the World Cup, which begins in November. Despite aiding PSG in capturing a second straight Ligue 1 championship last season, Messi had a rather uneventful season.

Although having an amazing 15 assists, Messi only scored six goals in 26 league games, which was his poorest performance since 2005-06.

Five goals were scored in seven Champions League matches, but PSG was eliminated at the last-16 stage following a shocking loss to eventual champion Real Madrid.

Thus, it might be possible that one of the so-called greatest of all time might re think on his decision of joining PSG.

Although a Kylian Mbappe back-up is anticipated to be signed at some point this summer, Messi won’t face any competition for his starting spot.

Instead, Galtier and Campos are concentrating on signing defenders and midfielders, with Milan Skriniar being predicted to follow Vitinha to Les Parisiens.