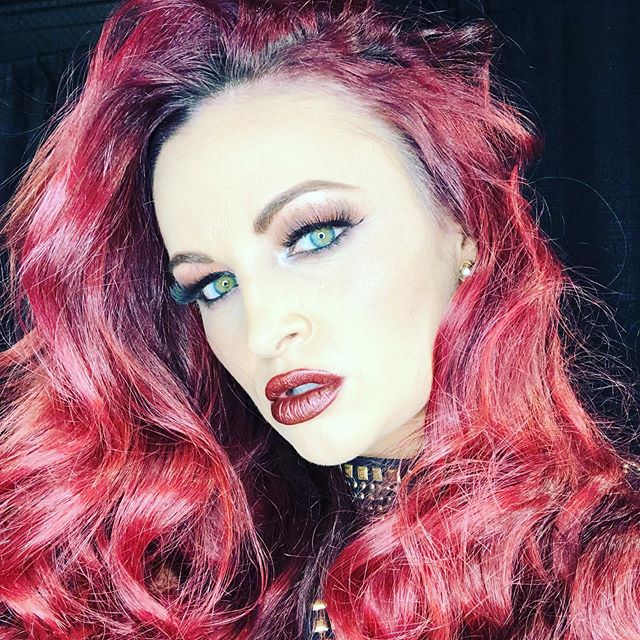 Mary Louis Kanellis-Bennett is an American professional wrestler, professional wrestling manager, actress, model and singer currently signed to WWE under the ring name Maria Kanellis on the Raw brand. She is known for her time with WWE from 2004-2010, her time in Total Nonstop Action Wrestling (TNA) where she is a former TNA Knockouts Champion, and her time in Ring of Honor as manager for her real-life husband Mike Bennett.

Maria Kanellis is married to Mike Bennett on October 10, 2014. Couple started dating in Dec 2011. The duo is also blessed with a baby daughter name ‘ daughter, Fredrica “Freddie” Moon Bennett and a son named, Carver Mars Bennett who was born on February 3, 2020. Her previous dating history is not known in public domain.

Kanellis was born on Feb 25, 1982 in Ottawa, Illinois. She has Greek origins. She has siblings as well. She has two younger siblings. She has a brother and sister named Bill and Janny, respectively. As per her educational qualifications, she is graduated from Ottawa Township High School in 2000, and then went on to study at orthern Illinois University. Before her career in wrestling began, Kanellis regularly competed in beauty pageants as well.

In 2004, Maria competed in the Diva Search deciding to enter the contest after seeing an advertisement while watching Raw. Maria began wrestling and was defeated in her first official match, in 2005. Maria and Bennett defeated The Brutal Burgers in an Intergender tag team match, in 2013. Maria lost the FWE Women’s Championship against Ivelisse Vélez, in 2014. During Impact Wrestling’s premiere on Pop TV, Maria made her debut as a heel introducing her husband as “The Miracle” Mike Bennett, in 2016. She returned to WWE alongside her husband Mike Kanellis in his WWE debut at Money in the Bank, in 2017. Mike and Maria lost a mixed tag team match against Seth Rollins and Becky Lynch, in 2019.

Net Worth of Maria Kanellis

Th net worth of Maria Kanellis is estimated around $2 million USD. Her primary source of income is her wrestling career.