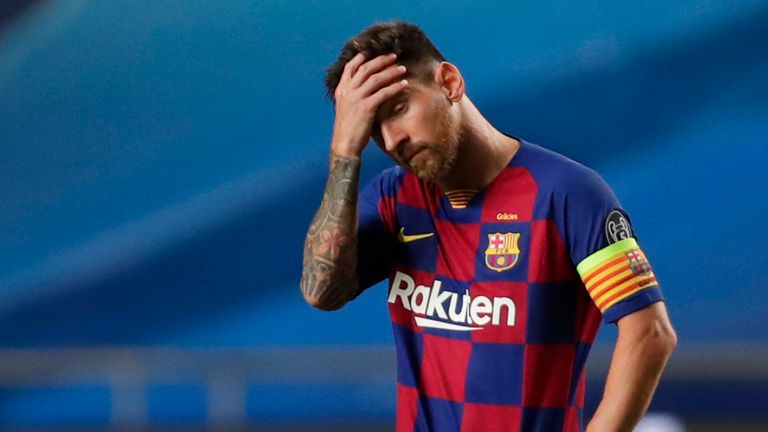 Lionel Messi is all set to leave Barcelona after playing for the club for major part of his career. Messi takes this decision of leaving the Catalan club after a disastrous season which ended with an 8-2 humiliation in Champions League. Messi was quite vocal and against about a slew of decisions the club made throughout the season, and finally has made up his mind to leave.

He spent 20 years in the club which means his whole career. His decision comes immediate after Ronald Koeman took over as manager of Barcelona.

Media reports say that Barcelona has confirmed receiving his intentions and asking them to accept the clause that would help him end his contract. The club says that he had time till June 10, and now only the legal rules would dictate the future course of things.

Whereas, Argentina media says that Lionel Messi is contesting the clause put forward by the club, saying that he can do that till August 31.

Messi touched the peak of his career between 2008 and 2012 where he formed great partnerships with Xavi Hernandes, Andres Iniesta and Dani Alves. His club won 13 of the 16 competitions. He won all these under the leadership of Pep Guardiola.

Messi has support in former teammate Carles Puyol who tweeted, “Respect and admiration, Leo. All my support, friend.”

Neither the club nor the coach have released any statement about who is staying and who is leaving.