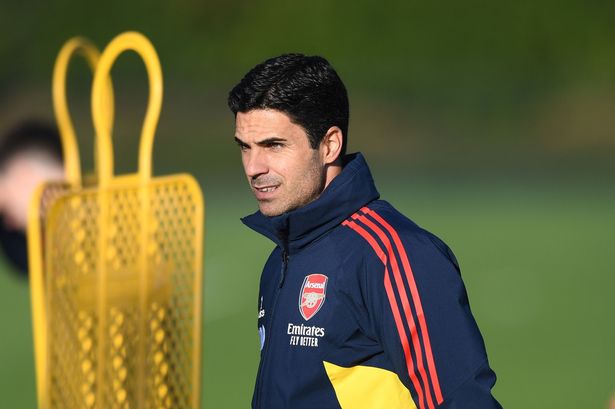 Arsenal will be “extremely active” in the transfer market before the January window, according to Mikel Arteta. Over the summer, the Gunners spent almost £120 million on five players, with Gabriel Jesus, Oleksandr Zinchenko, and Fabio Vieira being the most notable players who are signed to long-term contracts and brought to the Emirates Stadium.

Since then, Arsenal has had a strong start to the 2022–23 season. After 14 games, they are five points ahead of defending champion Manchester City in the Premier League table.

Jesus has been a standout for the Gunners this season, scoring five goals and dishing out six assists in 14 Premier League games. However, the striker is now expected to miss a significant amount of time due to a knee injury he sustained while representing Brazil at the 2022 World Cup.

The 25-year-old underwent successful surgery last week, but there are concerns that he may not be able to return to the field until March. As a result, there have been suggestions that Arsenal look to the transfer market once more to find a successor.

Arteta has affirmed that the club intends to be “extremely active” in the winter transfer window, which is contrary to a recent report that said Arsenal have no plans to recruit a new center-forward in January.

After Arsenal defeated AC Milan in a friendly match during the Dubai Super Cup, Arteta spoke to media saying:

“We are looking and we are very active looking at the possibilities. If we can find the players that can strengthen the team we will try.”

Asked whether any players at the World Cup have caught his eye, the Spaniard added:

“There are a few for sure, and a few national teams, what some of the national teams are doing is very interesting and it shows where the game is and how the game is evolving. Any individual player I will keep it to myself.”

Arsenal to spend big this January

Numerous attacking players from throughout Europe have been connected to Arsenal, but it’s believed that Mykhaylo Mudryk of Shakhtar Donetsk is their top target as we enter the new year.

According to a recent source, the Arsenal are convinced that they can reach an agreement with the Ukrainian powerhouses for the 21-year-old attacker in January.

The Atletico Madrid attacker Joao Felix has also drawn interest from Arsenal, who have reportedly emerged as the favorites to capture the free-agent Portuguese international, according to another report.

Along with players like Tammy Abraham of Roma, Facundo Torres of Orlando City, Ferran Torres of Barcelona, and Youri Tielemans of Leicester City, Matheus Cunha of Atletico has also been linked with a move to the Emirates.

On Boxing Day at home against West Ham United, Arsenal will resume Premier League play before wrapping off 2022 with a trip to Brighton & Hove Albion on New Year’s Eve.