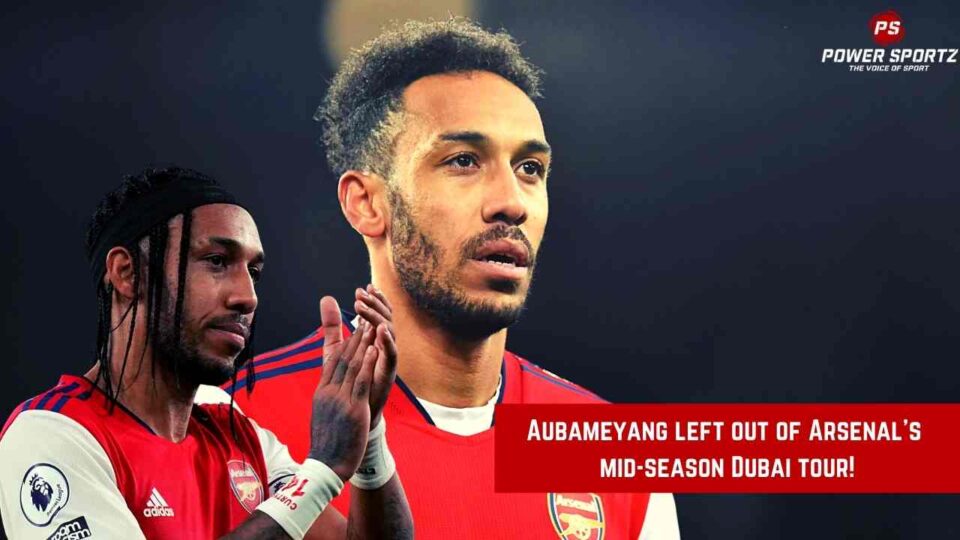 Aubameyang has had one of the worst seasons across Europe; this is because the striker has been removed from the Gunners squad after facing a lot of disciplinary issues. In addition to facing disciplinary issues, Mikel is unhappy with the striker’s work rate and attitude towards the team. Furthermore, Arsenal has made a move to sign a new striker to boost the club’s chances to improve their squad depth; however, they have faced a huge blow. This is because they are on the verge of losing their star transfer target Dusan Vlahovic; who is on the verge of joining Juventus for a fee of around 70 million euros. Now Arsenal will go and make moves to sign other world-class attackers in this transfer window!

This resulted in many people expecting the Gunners to keep Aubameyang in the club; however, it seems as if the club has decided against doing so. This is because the Gunners have decided to act against taking their ex-captain in their mid-season tour to Dubai. Over the next few days, Arsenal is expected to try their hardest to offload the player as they have offered him to many clubs; additionally, if they are unable to sell their player they might try to terminate the player’s contract.

Aubameyang is linked with these clubs in this transfer window!

The Gabonese striker is linked with clubs such as Newcastle United, Juventus, and Barcelona; but is finding it hard to move away as he is on extremely high wages which clubs across Europe won’t be able to afford. This is because the outbreak of the coronavirus has weakened the buying power of the clubs.

Who do you think will sign ex-captain of Arsenal in the upcoming transfer window or do you think the Gunners will end up terminating the superstar’s contract?

Newcastle United has signed one of Arsenal’s transfer targets!