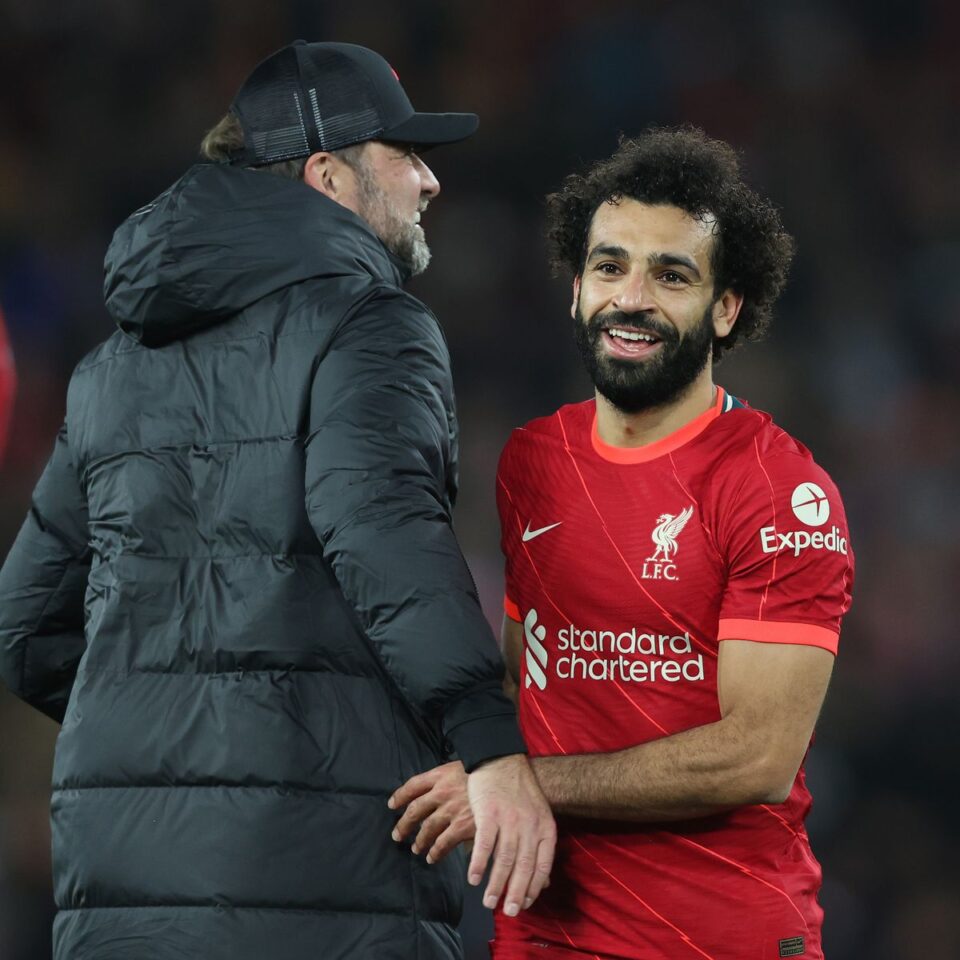 The Liverpool forward Mohamed Salah will not only be eyeing for revenge but also equalling Ruud van Nistelrooy, Thierry Henry records in the UCL final.

Salah in pursuit of record in the UCL final

Liverpool and Real Madrid will be looking for their 7th and 14th Champions League title when the two lock horns on Saturday.

While Liverpool forward Mohamed Salah will be eager to get a revenge on the Spanish giants remembering the previous incidents. The Egyptian will also be looking to equal records set by Ruud van Nistelrooy and Thierry Henry.

In 2021-22, the 30-year-old had another outstanding season in front of goal, scoring 31 goals in 50 appearances for the Reds in all competitions.

Eight of those goals have come in the Champions League this season, bringing his total to 33 in the competition under head coach Jurgen Klopp.

Only three players have ever scored more goals in the Champions League while playing for the same boss. Lionel Messi tops the list with 43 strikes under former Barcelona boss Pep Guardiola.

Salah would draw level with Van Nistelrooy and Henry if he scored twice at the Stade de France on Saturday. While a memorable hat-trick in the final would move him into outright second place on the list.

Thus, looking at the Egyptian’s goal-scoring form it looks likely that Salah gets himself on the scoresheet in the final.