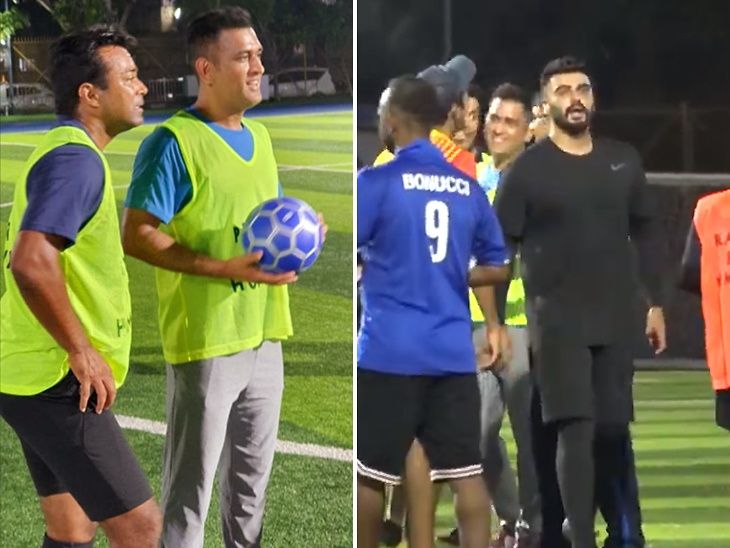 Former India Captain Mahendra Singh Dhoni alongside tennis great Leander Paes and Bollywood actor Arjun Kapoor on Monday was spotted playing football that was organized by Rhiti Sports, the firm which manages the two legendary athletes, as part of a charity match.

Rhiti Sports took to social media and posted a photo on Facebook of Dhoni along with Paes and a few other cricketers engaged in a game of football. Besides Bollywood actors Arjun Kapoor, Samir Kochhar and choreographer Caesar Gonsalves were other celebrities who were engaged in the match of football.

It is not for the first time, but Dhoni had taken part in a similar charity football match last year also. Where he played alongside the likes of Nick Jonas and Ishan Khatter.