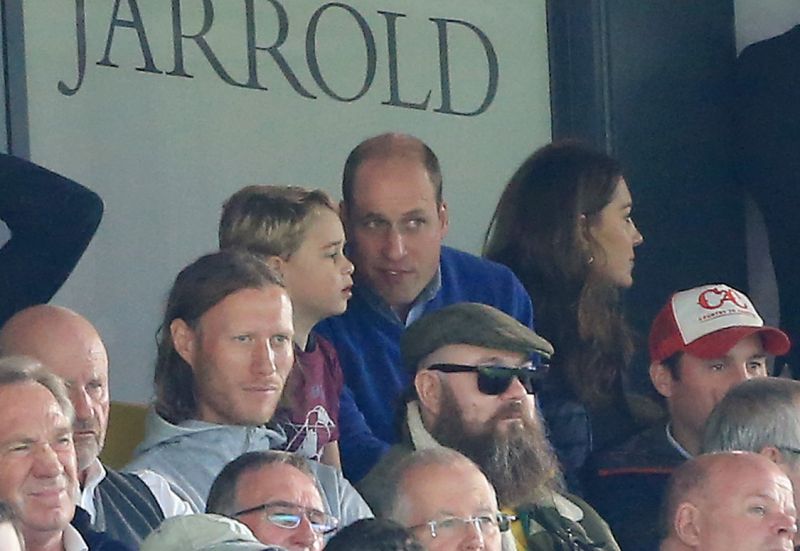 While attending a Premier League football match in Norwich along with his family, Prince George was seen excessively delighted to see his team Aston Villa put on a show for the royals.

Prince George allegedly celebrated at Carrow Road along with his family when Conor Hourihane put Aston Villa 4-0 up against Norwich.

Aston Villa fan Prince William and Kate Middleton attended the Premier League football match at the Canaries, and they were accompanied by the future King of England Prince George (6), and Princess Charlotte (4).

Though their 17-month-old baby Prince Louis was not along with them to cheer up Villa.

The camera panned to Prince George in the stands, the young royal was however not able to control his delight while watching the match.