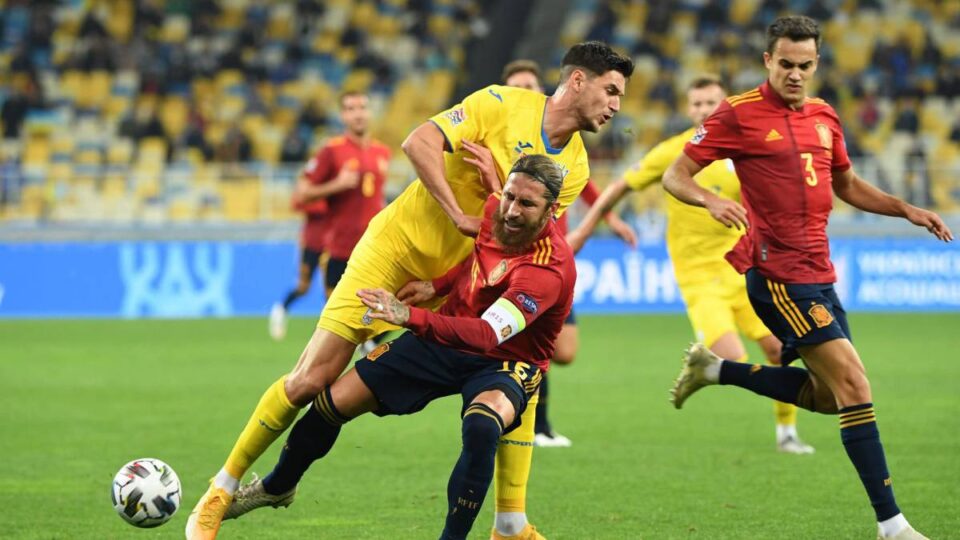 Spain found themselves in a bit of a shock after facing a 1-0 defeat against Ukraine in Nations League. On the other hand, their Group A rivals played a 3-3 draw against Switzerland which turned out a thriller.

Spain remained at the top by a point, but they left Kiev with nothing after Viktor Tsygankov came off the bench to score the winner for Ukraine. It occurred almost a year after a similar brilliant win against Portugal in the European Qualifiers.

Ukraine manager Andriy Shevchenko guided his squad to defend and stifle their visitors. The players successfully held on to the plan, allowing Tsygankov to secure the points. Tsygankov provided with the breakthrough in the 76th minute, breaking straight between the central defenders to collect Andriy Yarmolenko’s precise pass and blaze past David de Gea.

It is a moment of rejoice, as Ukraine have scored against Spain after 17 long years. It was again Shevchenko who netted that goal years ago. The hosts have finally recorded their first competitive international victory against the former World Cup winners.

On the other hand, Switzerland played a 3-3 draw against Germany in Cologne. They took the lead after five minutes when Mario Gavranovic headed smartly over Manuel Neuer to cap a spell of early pressure.

Remo Freuler converted it into two after 26 minutes once he got on the end of Haris Seferovic’s cross and cleverly lifted a delicate finish over Neuer and the back-tracking Antonio Rudiger.

In Group C1, Luxembourg leveled with opponents Montenegro on nine points as they won 2-1 in Podgorica.