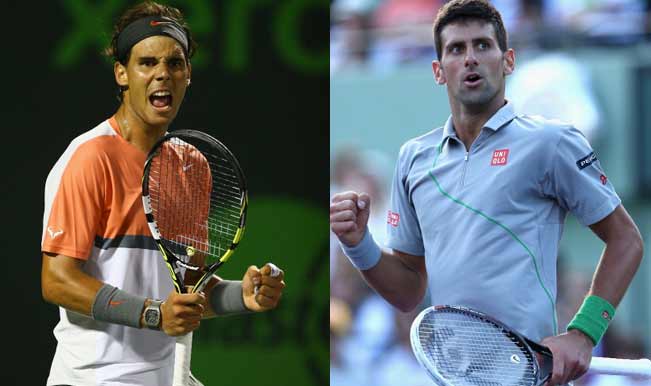 Russian tennis player Karen Khachanov says that Rafale Nadal is ahead of Djokovic and will win the maximum number of Grand Slams despite the fact Djokovic is younger and is currently the world no. 1.

The 4th seed Karen Khachanov is off to a great start at home in St. Petersburg. He beat James Duckworth 6-4, 6-4 and will lock horns with compatriot Aslan Karatsev in the second round, hoping for another reliable performance at the home event following the fourth round run at Roland Garros.

Djokovic had beaten Khachanov in the fourth round of the French Open in straight sets. In that match, Djokovic accidentally hit a return at a linesman during a point, bringing back unpleasant memories of his recent US Open default.

It was the 100th victory for Rafa in Paris from 102 encounters, extending his dominance at the clay Major.

However, many fans believe that Djokovic will topple and breeze past both Federer and Nadal in the upcoming years, playing on a higher level than the greatest rivals and standing a chance at all four Majors, especially outside Paris.

To this Khachanov said, “I believe Rafael Nadal will finish his career with most Major titles. Novak Djokovic is younger, and many are betting on him in the GOAT race, but my first pick is Rafael Nadal.”