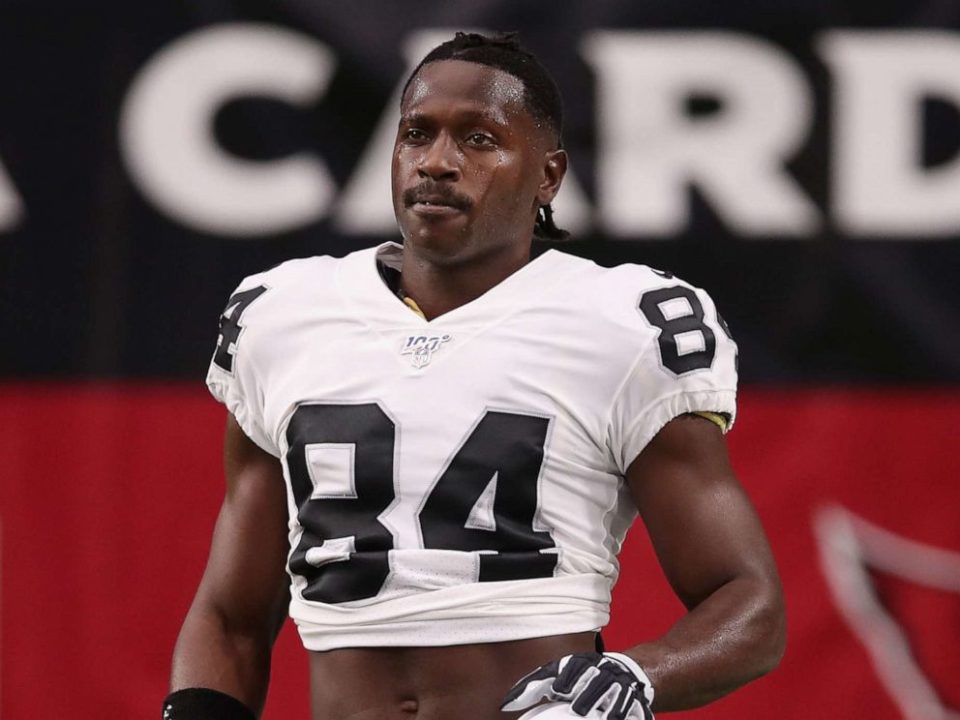 New England Patriots wide receiver Antonio Brown has been accused of rape in his home state of Florida. Brown’s accuser is his former trainer, a former gymnast Britney Taylor.

Taylor has allegedly accused Brown of sexually assaulting her on three separate occasions in 2017 and 2018 when the star Bowler was playing for the Pittsburgh Steelers.

Brown however, has repudiated all the allegations in the lawsuit filed in a Florida court.

His lawyer “Mr. Brown denies each and every allegation in the lawsuit,” said a statement made by Darren Heitner, a lawyer representing Brown.

Brown, through his lawyer not only denied all the allegations but insisted that the accused rape was consensual and occurred after “Mr Brown’s accuser solicited Mr Brown to join her and return to Mr Brown’s residence where the pair engaged in consensual sex.”

The allegation states that in the first instance he exposed himself to her and kissed Ms Taylor without consent in June 2017.

Then on another occasion without her knowledge or consent, she alleges he masturbated behind her and “ejaculated on her back”.

The lawsuit alleges that Brown would later go on to send her “profane and angry text messages,” where he “bragged” about the incident.

The details of the text message are detailed in the lawsuit and allege that Brown sent her the following:“jack [sic] [his] dick on [her] back” and that he was going to laugh with one of their mutual friends from college about it.