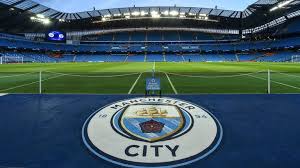 Manchester City has been accused of breaking rules on international transfer and inducting minors by the world governing body FIFA. However, instead of handing them a transfer ban FIFA decided to let the club off with a fine of $379,000. The quantum of punishment was decided upon the fact that Man City admitted to a lapse and its irresponsibility in handling the issue.

On the other hand, Man City said in a statement that the error occurred before there was any clarification from FIFA. “The club accepts responsibility for the breaches which arose as a result of misinterpretation of the regulations in question. All of the breaches occurred before December 2016 when guidance on the interpretation of the provisions was issued, since which date Manchester City has been fully compliant.”

Man City is not alone in violating codes on transfer of minors. Barca, Real, and Atletico Madrid have all served bans for breaking FIFA rules on the issue.