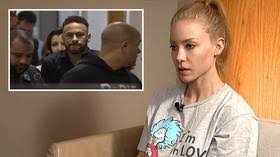 The woman who accused Neymar of rape has been rounded up by the Brazil police. The police from Sao Paulo charged her with extortion, fraud, and slander. This could be a huge respite for Neymar, the PSG striker.

The woman, Najila Trindade accused Neymar of molesting her in a Paris hotel in May. However, Neymar said that the encounter was consensual. Prosecutors also dropped the case against him for lack of evidence.

The police said that they are indicting the woman’s ex-husband on fraud charges. The infamy caused a lot of trouble to Neymar affecting his market and international career.