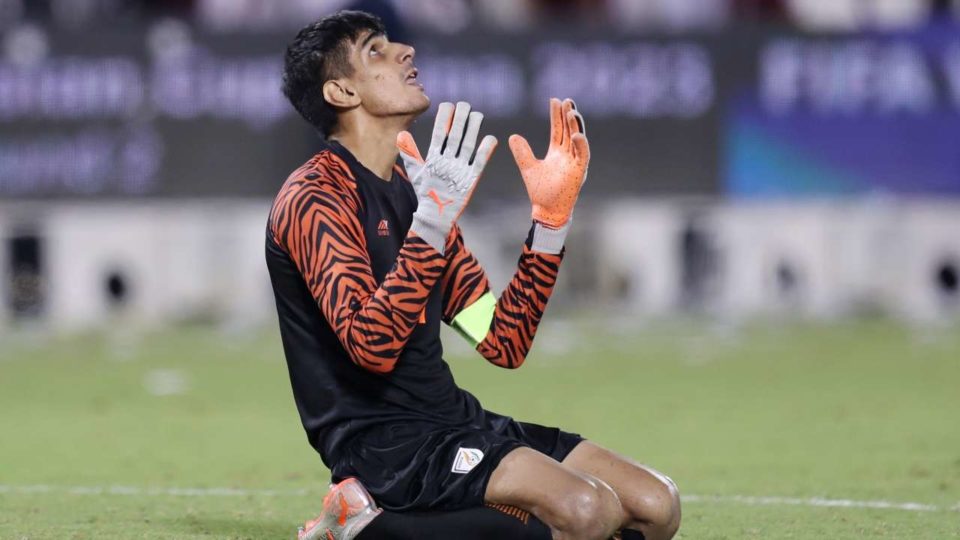 India played valiantly against the Asian Cup winner Qatar and held them to a goalless draw on Tuesday. Playing without skipper Sunil Chhetri, stand-in captain Gurpreet Singh Sandhu made some brilliant saves and stood like a wall. He was impervious as Qatar players fired a dozen shots on target.

For India, it was an away game and a high pressure one after losing the first match 2-1 against Oman in Guwahati. “I feel extremely proud of the team for our performance against Qatar,” said Gurpreet. He credited the entire team for playing some exceptionally brilliant football in a crunch match. “Everyone played their hearts out, and gave everything out on the pitch. That enabled us to come back to the dressing room, satisfied, and with a very crucial point.” India is currently at the fourth spot after yesterday’s draw.

The next qualifying match for India is on October 15 against Bangladesh. Gurpreet says that anything is possible in football, and the squad has it in them to spring surprises. Sunil Chhetri sat out in yesterday’s game due to fever.