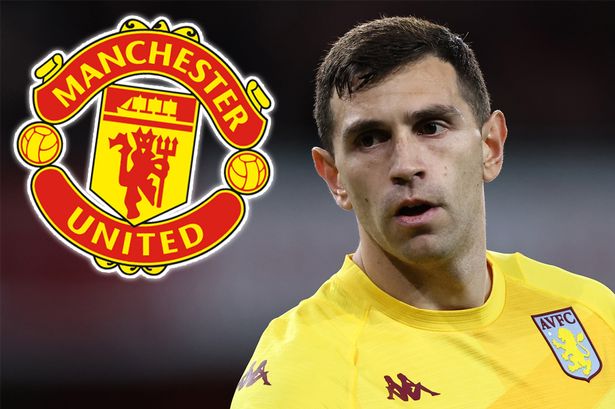 According to reports, Manchester United is prepared to compete with Atletico Madrid for the services of Emiliano Martinez, the goalkeeper for Aston Villa. The Argentina international is now the top player for both club and nation, despite spending several years at Arsenal as a bit player.

Bernd Leno’s knee injury in 2020 served as the catalyst for Martinez’s breakthrough at the Emirates, as he helped the Gunners win their 14th FA Cup. Leno was Mikel Arteta’s first-choice goalkeeper for the 2020–21 season, therefore Martinez moved to Villa Park in a £15.6 million trade.

Martinez just signed a contract deal that keeps him at Villa Park through the summer of 2027, but his future is now in doubt. According to a recent source, Atletico Madrid was planning a bid for the former Arsenal player since their current number one, Jan Oblak, may depart on a free transfer next summer.

Now, according to Football Insider, Man United are also interested in signing Martinez, and the Red Devils are keeping a close eye on the South American in case they decide to make a move in the future.

Martinez is allegedly considered one of the top goalkeepers in the Premier League by Man United’s management, but Villa will demand a significantly higher price than what they first paid for him.

After signing Martinez to a new long-term contract earlier this year, Villa are reportedly seeking at least £45 million to authorise the goalkeeper’s transfer in 2023. However, the departure of David de Gea might free up some money for the Old Trafford organisation.

The Spaniard, whose £350,000-per-week deal with Man United is already in its final year, does have the option to extend it through the summer of 2024.

Last season, De Gea beat off Dean Henderson for the top slot at Man United, but some of his performances this year have reportedly not pleased those in charge.

Given his exorbitant salary, the Red Devils board may even let De Gea leave for free next summer if they opt not to activate the 12-month extension on his contract.

As De Gea’s prospective replacement, Man United has also been linked to a move for Everton’s Jordan Pickford. Erik ten Hag is keen to replace De Gea with a capable sweeper-keeper.

Henderson will return from his loan at Nottingham Forest next summer, while Martin Dubravka, who joined Man United from Newcastle United with a purchase option, is still waiting to make his debut.

While Under-21 goalkeeper Nathan Bishop is attempting to break into the first squad, 36-year-old Tom Heaton’s contract expires next summer but he may sign another one for another year.