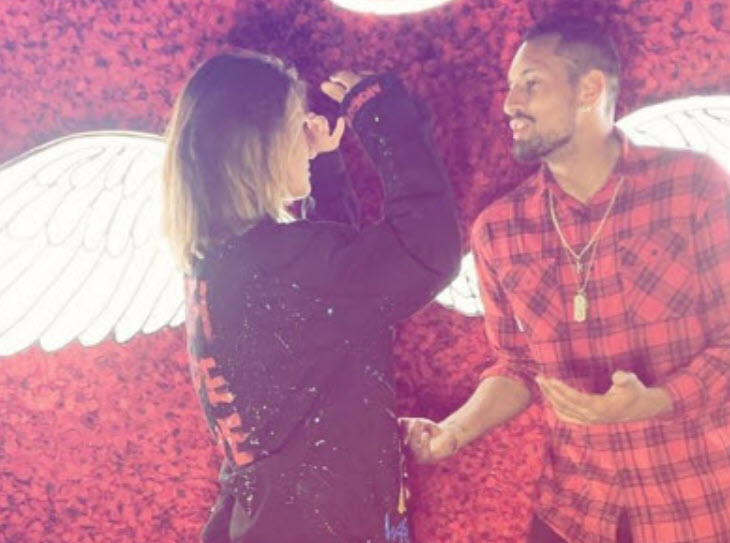 Australian Tennis Star Nick Kyrgios has been linked with several tennis stars in the past and was even rumored to be with Eugenie Bouchard’s sister Beatrice.

But now the 24-year-old seems to be linked with 20-year-old Russian Anna Kalinskaya, who made waves at the US Open after she toppled American Sloane Stephens in the opening round.

Kyrgios posted a story on his Instagram with an image of the two with the caption: “my face when I see you doing your thing today”.

Nothing has however officially been confirmed. The rumours began to ripple when mercurial Aussie made an appearance in the coaching box for the fellow tennis star during the Citi Open in Washington.

Kalinskaya seems to be strongly influenced by Kyrgios as she was found using one of his tactics during a match.