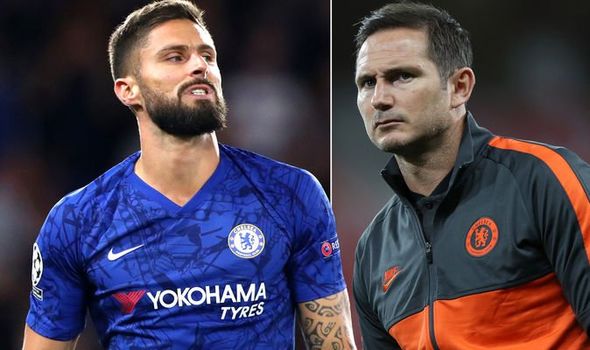 Looking at his brilliant show coming off the bench against Rennes, the chances are opening up for Olivier Giroud as Frank Lampard has assured more game-time at Chelsea. He will also try to keep hold of the striker in the January transfer window.

“Oli will get his minutes because we have a busy schedule we play every few days…. He’s getting better with age if anything in terms of how he looks after himself,” said Frank Lampard who is keen on keeping Olivier Giroud.

Giroud’s majestic injury-time header came when he came off the bench to help Chelsea secure a place in the knockout stages of the Champions League after clobbering Rennes 2-1 on Tuesday.

It was a little tough for the Frenchman to make it to the playing 11 of Frank Lampard because Tammy Abraham scored in three games on the trot ahead of the tour to France.

Giroud is mulling his future with Chelsea due to a severe lack of playing time in the club and hinting at the January transfer window to take a call. However, Lampard has reiterated that Oli is going to stay with the club.

Not only in the Chelsea squad, Oli is also struggling to find a place in the France national team for the upcoming European Championships.

But Blues head coach says that Giroud is definitely in the scheme of things after the striker expressed doubts on this and quipping his lack of minutes is ‘concerning’.