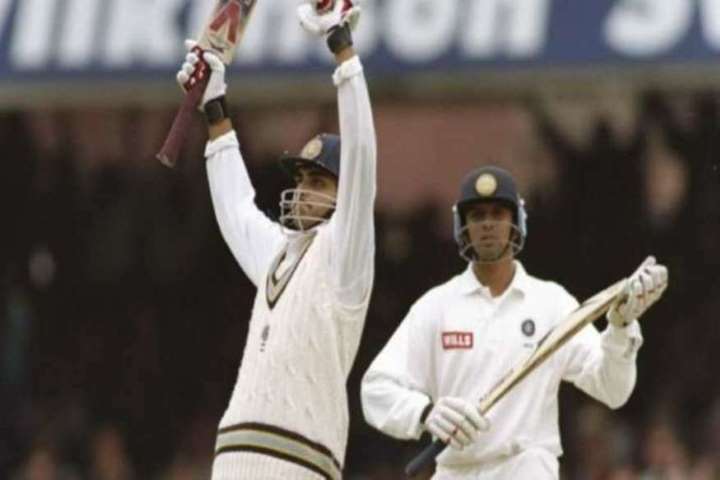 In one of cricket’s most respected grounds, The Lord’s, two young Indian batsmen walked in to make their Test debuts on June 20, 1996. They had butterflies in their stomach, with thoughts racing through their minds and their hearts almost skipping a beat because, in a cricket-loving nation with 1.2 billion population, it is akin to walking on fire. Little did anyone know that Ganguly and Dravid would go on to become legends of the game, not only from the subcontinent but of world cricket.

However, as the day progressed, a glimpse of their potential and promise beamed through their classy and dominant batting style. India were 0-1 down in the series and the morale of the team was low. But the grit Ganguly showed with his 131 runs gave some hope to the side when Dravid walked in to join Dada at 202/5. The opening order was collapsing with none of the batsmen crossing the 50-run mark. Ganguly also became the 10th Indian batsman to hit a century on debut.

Dravid, mostly batting with the bowlers and tailenders, fell just five runs short of his century. But his future as a mainstay of the Indian batting lineup was palpable. He proved it right by becoming “The Wall” of Indian batting and inspiration to several future players of the Indian team.

Ganguly also revolutionized the game and turned out to be a firebrand skipper who would lead from the front. In fact, Ganguly showed the way of playing fearless cricket to the team which is now a trademark of the current crop. Ganguly played in 113 Tests scoring 7,212 runs with an average of 42.17, while Dravid appeared in 164 Tests, scored 13,288 runs with an enviable average of 52.31.

What is more interesting is that 15 years later, on the same day, June 20, 2011, Virat Kohli made his Test debut against the West Indies in Kingston.