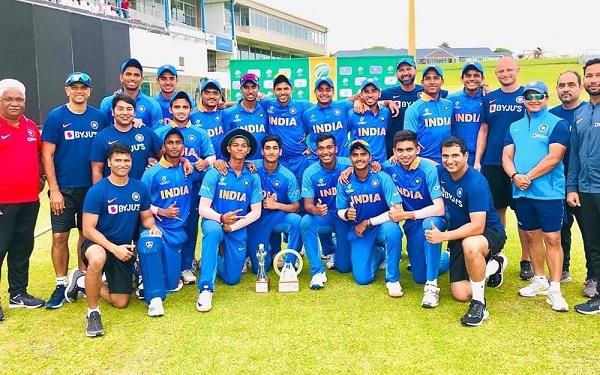 The Indian cricket team has won the four-nation Under-19 series in South Africa before the World Cup. India beat South Africa by 69 runs in the final held in Durban on Thursday. In the final, Jurel made 101 off 115 balls with eight fours and two sixes, while Tilak Verma scored 70 off 103 balls with seven fours and a six. India scored 259 for seven after being invited to bat first.

Ankolekar took four wickets for 31 runs. He played a key role in getting the South African batsmen to trap his entire team by 190 runs in 43.1 overs. India’s start was not a good start however, and the early dismissal of Yashaswi Jaiswal, Divyansh Saxena and skipper Priyam Garg at one time made them 13 for three.

Jural and Verma took over the command from here and added 164 runs to the Indian innings for the fourth wicket. Siddhesh Veer also contributed an important 48 runs off 37 balls. He hit three fours and two sixes.

Apart from India-South Africa, the Under-19 teams of Zimbabwe and New Zealand were included in this series of four countries. India won all the three matches played in the series.