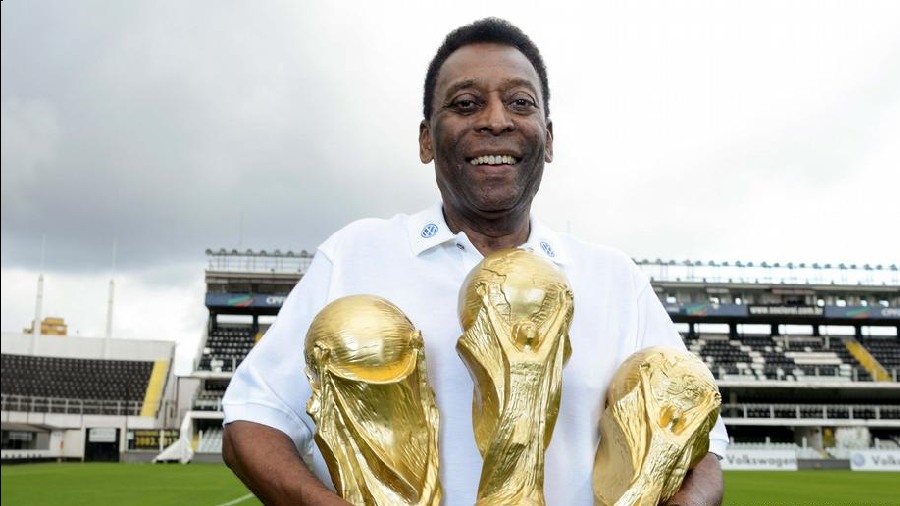 One of the greatest football players of all time and Brazilian legend Pele passed away at the age of 82. The former striker underwent surgery in September 2021 to remove a colon tumour, but his condition deteriorated over the following months.

As of November 29, he had been receiving end-of-life care at the Albert Einstein Israelite Hospital in Sao Paulo, according to reports that surfaced during the most recent World Cup in Qatar.

According to a hospital statement, Pele, whose real name was Edson Arantes do Nascimento, died at 3:27 p.m. local time in Brazil due to multiple organ failure brought on by his colon cancer. A statement on his official Instagram account read:

“Inspiration and love marked the journey of King Pele, who peacefully passed away today.”

“On his journey, Edson enchanted the world with his genius in sport, stopped a war, carried out social works all over the world and spread what he most believed to be the cure for all our problems: love.”

Between 1956 and 1977, Pele amassed a record-breaking 1,279 goals for club and country, including 77 in 92 games for Brazil. Although his widely acknowledged official record of 757 goals in 831 games is still one of the most in football history,

it has been contested because Santos played friendly games all around the world to capitalise on Pele’s star power. The only player in history to win three World Cups, the Brazilian did it by hoisting the cup in 1958, 1962, and 1970.

Pele’s daughter Kely Nascimento posted a photo of what looked to be family members’ hands resting on his body in a hospital bed on Instagram to announce his passing.

Pele made his senior team debut for Brazil just one year after starting his club career at the age of 15 with Santos.

The legendary former number 10 then made his international debut at the 1958 World Cup, when, as a youngster, he scored a hat-trick against France in the semifinal, followed by a brace as Brazil captured the title for the first time in their history.

Pele played a smaller role in Brazil’s achievement four years later when they became the last side to win back the World Cup after their star player was forced to leave the tournament after only two games due to an injury.

But as the star of a squad that many consider being the greatest in football history in 1970, the Santos stalwart solidified his status as the greatest player of all time up to that moment.

The superstar from Minas Gerais spent the majority of his club career with Santos, where he amassed 25 championships and scored 643 goals in 659 games, setting a record that stood until Lionel Messi at Barcelona broke it. Santos contends that Pele’s actual total was closer to 1,000 goals.

Pele spent the final years of his career with the New York Cosmos in the NASL after 19 seasons (1956 to 1974) at Santos, where he was reputedly prevented from leaving for a foreign team by Brazilian officials because of his importance to the nation. This followed a brief period of semi-retirement.

In 2000, the Brazilian and legendary Argentine Diego Maradona shared the FIFA Player of the Century honour.

Along with a slew of other individual honours, Pele now shares the 77-goal record for Brazil with Neymar and holds the greatest goals-per-game ratio (0.84) in the country’s history.

He is credited for scoring the most hat-tricks in football history, and FIFA recognised his incredible 127 goals from 1959 as the most ever scored in a calendar year (92).