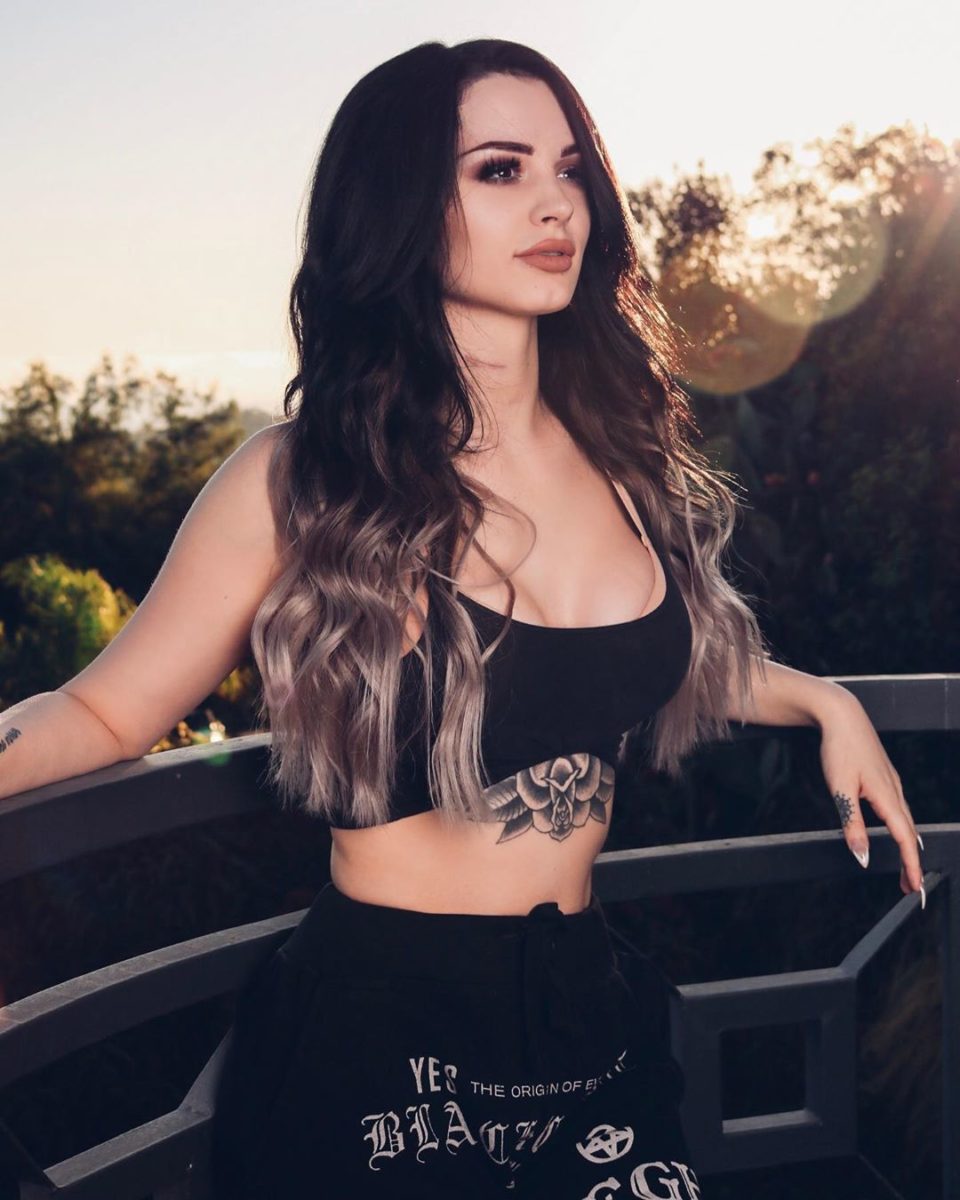 Saraya-Jade Bevis is an English professional wrestling personality, actress, and retired professional wrestler. She is signed to WWE under the ring name Paige. She is a two-time Divas Champion and was the inaugural NXT Women’s Champion in WWE’s developmental branch NXT, holding both championships at one time.

The inaugural NXT Women’s Champion, Paige is currently involved in a romantic relationship with Ronnie Radke. Her new boyfriend, Radke is an American singer, songwriter, rapper, musician, and record producer. Earlier, she was in relationship with Kalan Blehm, who is the bassist of the metalcore band, Attila. Paige revealed about her dating Kalan on one of the episodes of Total Bellas and also told that she is very happy with it. Further, Paige was once in a relationship with Kevin Skaff who is the lead guitarist of Metalcore band A Day To Remember. She was previously engaged with a fellow professional wrestler, Alberto del Rio. The couple started dating in May 2016 and later got engaged in October 2016. Paige proposed Del Rio in Puerto Rico. Some private photos and videos of the couple were leaked online. The couple later separated from each other. Del Rio revealed that they separated in mutual understanding as they were busy in their schedule as Paige was in Orlando and Del Rio in San Antonio. They were into several disputes even after separation as they were on the social media war.

Saraya-Jade Bevis was born on 17 August 1992 in Norwich. She is the daughter of professional wrestlers Patrick Bevis and Julia Hamer-Bevis, who once unknowingly wrestled while she was seven months pregnant with Bevis. As a child, Bevis was scared of wrestling because of the injuries her family received and the concept that her parents fought other people for a living. She also intended to become a zoologist. At age 13, she officially made her debut as a wrestler. At the age of 15, Bevis worked as a bouncer and bartender at her parents’ bar while they were away. She attended The Hewett School in Norwich, graduating in 2008

Paige her debut in 2005, at the age of 13, when her father asked her to replace a wrestler who failed to turn up, using the ring name Britani Knight. She signed a contract with WWE and was assigned to its then-developmental territory, Florida Championship Wrestling in 2011. Paige’s NXT television debut took place on the third episode of the rebooted NXT, taped at Full Sail University, in which she lost to Sasha Banks. In July, She entered a tournament to determine the first NXT Women’s Champion. She defeated Tamina Snuka and Alicia Fox en route to the final, in which she defeated Emma to become the inaugural champion. She won her first Divas Championship title in 2014 by defeating the then-titleholder AJ Lee. By doing so, she became the youngest Divas Champion in the history of wrestling at the age of 21. Later, Page lost her Divas Championship to AJ Lee. On her 22nd birthday, Paige recaptured the title from AJ Lee and became Divas Champion for the second time. She lost that title to AJ Lee, a month later. Paige was a judge on the 6th season of WWE Tough Enough alongside Hulk Hogan and Daniel Bryan. In 2016, Paige was suspended twice from RAW in a total of 90 days for violating the company’s policy. According to WWE, she was tested positive for the consumption of illegal substance. She was cleared to return back to action in September 2017. Upon her comeback, however, she suffered another neck injury. On 9 April 2017, on the post–Wrestlemania episode of Raw, Paige officially retired from in-ring competition due to injury. She officially took retirement in April 2018 but was announced as the new General manager by Shane McMahon. Recently in December, the McMahon family released the statement that Paige was no longer the GM of RAW and the position would be taken by the family.

Net Worth of Paige

Paige has an estimated net worth of $3.6 million in 2020, including all of his properties and earnings. She is one of the highest-paid WWE Divas with an annual salary of $350,000.