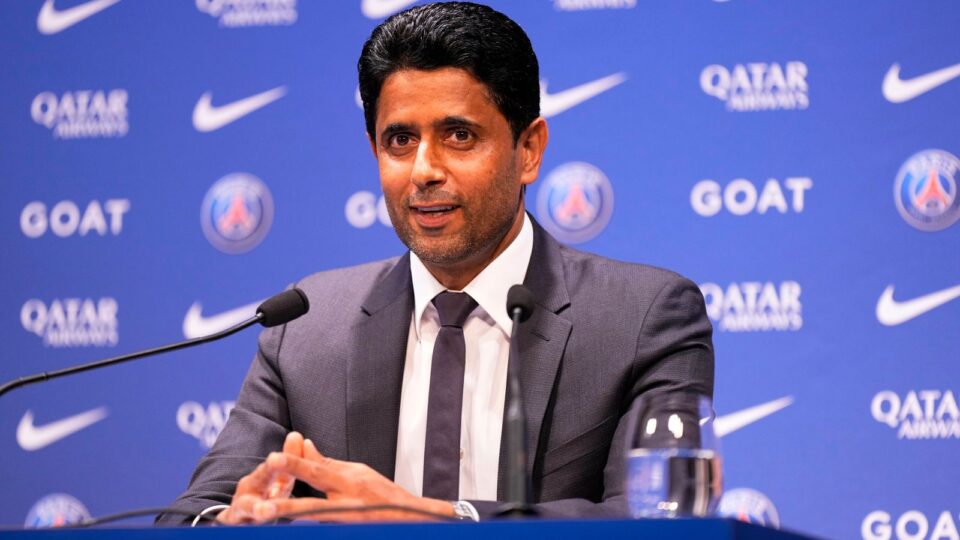 The Qatari owners of Paris Saint-Germain are apparently interested in investing in a Premier League team and have spoken with Daniel Levy, the chairman of Tottenham Hotspur.

Since taking over as PSG president in October 2011, Nasser Al-Khelaifi, who also serves as the chairman of Qatar Sports Investments and beIN Media Group, has seen a significant improvement in the club’s financial situation.

Since Al-Khelaifi took over, PSG has won eight Ligue 1 championships, advanced to the 2020 Champions League final, and is now acknowledged as one of the world’s sporting financial giants.

Sky Sports News reports that Al-Khelaifi has previously spoken with his Spurs rival Levy and is now interested in investing in an English Premier League club.

According to the article, Al-Khelaifi, president of the European Club Association, and Levy, a member of the executive board, spoke last week at a hotel in London.

Levy, the longest-serving chairman in the Premier League who took over for Alan Sugar at Tottenham in 2001, has recently come under fire from a sizable number of Lilywhites supporters.

In addition to PSG, Qatar Sports Investments also control a small portion of Braga, but it is believed that they will be looking for further club prospects in the upcoming year.

Although it is not believed that Al-Khelaifi is restricting his options to English clubs, the PSG president is defying assumptions that QSI will stop making investments after the 2022 World Cup in Qatar.

Which PL clubs is the Paris Saint-Germain owners interested in?

Since Malcolm Glazer fully took over the club in 2005, Man United supporters have staged a number of protests against the American family’s ownership of the team, drawing criticism from the public.

According to a recent report, digital behemoths Apple and Amazon are rumoured to be interested in buying Man United for a multi-billion-pound sum.

Fans have also criticised Henry for what they see as a lack of investment in the transfer market and for Liverpool’s failed effort to join the European Super League last season.

Although there have been no actual updates since last month, it was rumoured that a Saudi-Qatari partnership was preparing a £3.2 billion purchase proposal for Liverpool.