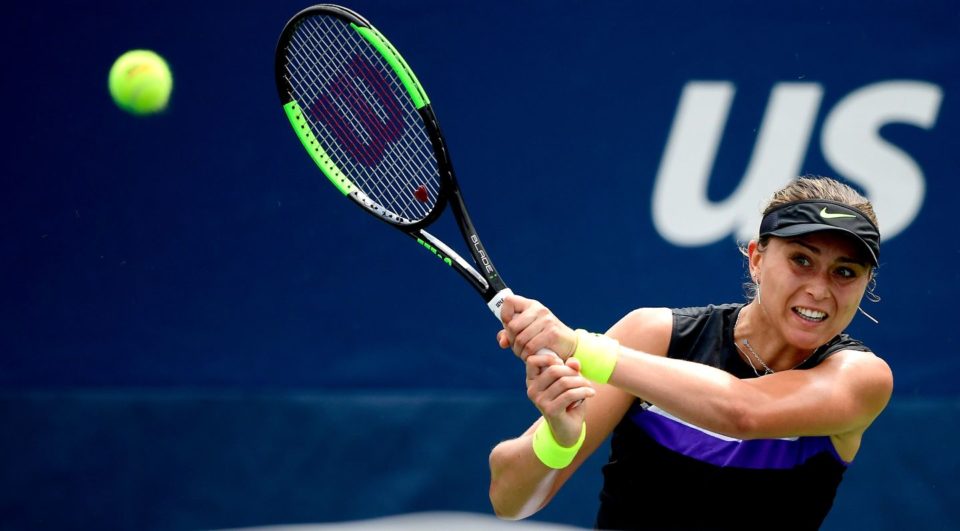 Spain’s Paula Badosa, junior champion in 2015, reflects on young people and expectations after her first big win. “They told me it was the new Sharapova and that sank me …”

Noon is approaching in Melbourne, and although she has pain, she started the year with a periostitis – and in the last three days she has visited the fever, Paula Badosa (New York, 22 years old) sports a smile from ear to ear and gladly leave you in the Melbourne Park interview room. She has just won 6-1 and 6-0 (in 57 minutes) to Johanna Larsson, a veteran fighter who ranks 39th on the circuit, and thus achieved her first victory in a Grand Slam. “It’s super special, because I’ve been waiting for this moment for a long time. Last year I felt like it and I could not pass this barrier, and in this I had been very well mentalized. I had a very, very good game, ”says the tennis player. Gone are a thousand ghosts.

One of them, surely the worst. The fear. “Suddenly, I plummeted. Expectations were raised too high around me. It was said that it was the next Garbiñe, the next Sharapova … And, in the end, they are great players who have won Grand Slams, and I was only 17 years old, ”he tells this newspaper, referring to her conquest of the Roland Garros junior and, Consequently, the theoretical launch . Theoretical, because sports reality usually devours promises.

“They told me that the following year I should already be among the top , and I was not prepared to assume all that. I did not have an easy environment, it did not benefit me. People put a lot of things in my head and the situation came very big, because in the end I was very young, ”he continues; “Until then they didn’t know me, and from there it seemed that I had to win every game. It was very hard, it generated a lot of anxiety; my head was inflated and in the end I suffered a depression. ”

Daughter of models, Badosa was born in New York – although she decided to play for Spain – and began to wield the racket at age seven in Platja d’Aro (Girona) , when her parents decided to return to Catalonia. In 2015 it was uncovered in Paris, but before that it had already issued signals when it reached the third round of Miami. However, as soon as she savored that adolescent success came the crash that she now recounts. “I got into a hole. I was not prepared mentally or physically; She had good blows, but she was far away. Then, I fell into a personal crisis. I thought that nothing I was doing made sense, ”she says.

It was there when a key figure appeared, her coach. Xavi Budó, tutor for many years of the Canarian Carla Suárez – one of the Spanish references during the last decade -, unlocked a situation that seemed irreversible. “In September 2018, she called me and told me she was broken, totally shattered and I didn’t know if she wanted to keep playing. She was very self-destructive, very emotional and very extremist, ”describes the coach in Melbourne; “It was a broken toy, so we talked for many hours and told him my opinion. I told him that high performance is not just training, but a lifestyle. ”

The first step was to regain self-esteem. To the person. “Paula had very high anxiety crises and expectations had eaten her. We work much more off the track than inside to start seeing the light, and then we already chop a lot of stone because it came from a lack of culture of effort ”, continues the coach, who subsequently rehabilitated the player putting some bases. “We decided to compete 30 weeks because the circuit is very hard and entering the top-100 is very complicated. It had been stagnant for three or four years, between 150 and 250 in the world, and rose to position 86 [today is 97]. It was a very positive first year, ”Budó explains.

Straightened up, Badosa has taken the dreaded step by so many athletes, to convey their experience. “In that sense, I think that young people are not prepared enough. You win a few good games and you promise, but there a bubble inflates that many of us are unable to bear. I decide to tell it because I perceived that in this world many people suffer in silence and go through a situation similar to mine. I want to normalize it, because it is something that can happen to anyone. Now I try to go step by step, not thinking all the time in the future and not listening to too many people, ”concludes the tennis player, quoted with Petra Kvitova in the next round and convinced that the stone by stone and day to day will give fruits from here on out.